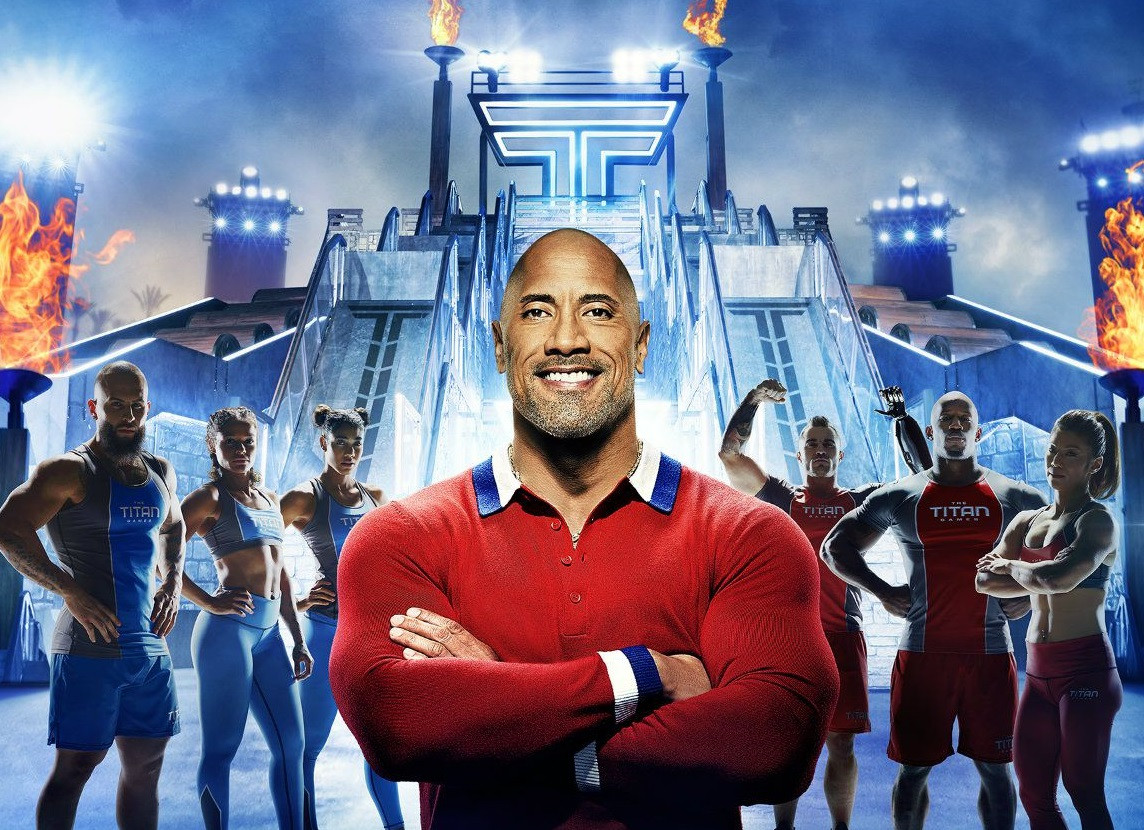 If you’re, let’s say, a little behind on your fitness goals, here’s a show which may just inspire you to get back into a routine. Epic sports competition series ‘Titan Games’ has just landed on StarzPlay in the UAE complete with Hollywood’s most electrifying personality Dwayne ‘The Rock’ Johnson who inspires and motivates people to achieve the impossible.

Everyday heroes push their bodies to the limit by battling opponents in unforgiving head-to-head challenges, designed by The Rock himself. But why listen to us? Let’s hear from the man himself, presenter and producer Johnson.

How did Titan Games come about?

We wanted to create a platform for people from all walks of life who are also extraordinary athletes but never had the opportunity to showcase their talents, skillsets and expertise and what we have found with Titan Games when I set the memo out there to the world, I asked everybody who thought they would make great titans and who wanted to be a titan to commit. Thousands upon thousands upon thousands of people tried out to become titans. We had an incredible titan combine, few days of incredible titan that’s very similar to NFL combine, maybe even more comprehensive than the NFL combine. What we have found with our potential titans is extra ordinary athletes and amazing human beings with great stories behind them and I am really excited about the show.

Why should people watch the show?

Oh, it’s very simple, I would say if you want to watch a show that really has put together extraordinary athletic competitions and challenges that you have never seen before that are truly not only epic but border line insane in what we have to do. You take the spirit of CrossFit, of American Ninja Warrior and on top of that you lay over it challenges and trials that physically should not be done and that’s what we did. The magic part of that is they should not be done but the athletes find a way to do it, to conquer it and that is my pitch. It is very plain and it’s very simple.

How were the athletes informed about being selected?

For me to be able to call athletes and let them know personally that they are going to be on the show was a thrilling day for me. I have been lucky over the years to be part of really cool things, projects, moments and this is right there. I was able to call these men and women, these men and women have been working hard, grinding it out in the gym, their own training, sweat equity for years so when an opportunity like this comes along they want to grab that opportunity by the throat and not let it go. They get the phone call from me, they are emotional, crying, elated, excited, screaming, yelling. It was a really special day and it was funny because when I was making those phone calls you start to get a sense of the human beings who we are getting ready to have on the show. Their reactions, responses, to my questions, their engagement and the things they were saying back to me were the real indicators of the quality of persons we were having on Titan Games. I have got a lot of friends in high places and lot more in low places, but these people and individuals on the show are very special and unique.

What would you like to achieve from Titan Games?

With a show like Titan Games you want to put on a great show for the audience, you want to keep them engaged and entertain them with epic challenges like these and Mount Olympus and make sure your show has heart reflective of who I am. But also, what we have found which is one of the most surprising qualities is the transformational aspect of our show that me and my partners never called it. But we are finding that. It sounds crazy but is helping change some of their lives and in that you win all day.

The Luminaries, an epic 19thcentury tale of love, murder and revenge, streams now on STARZPLAY