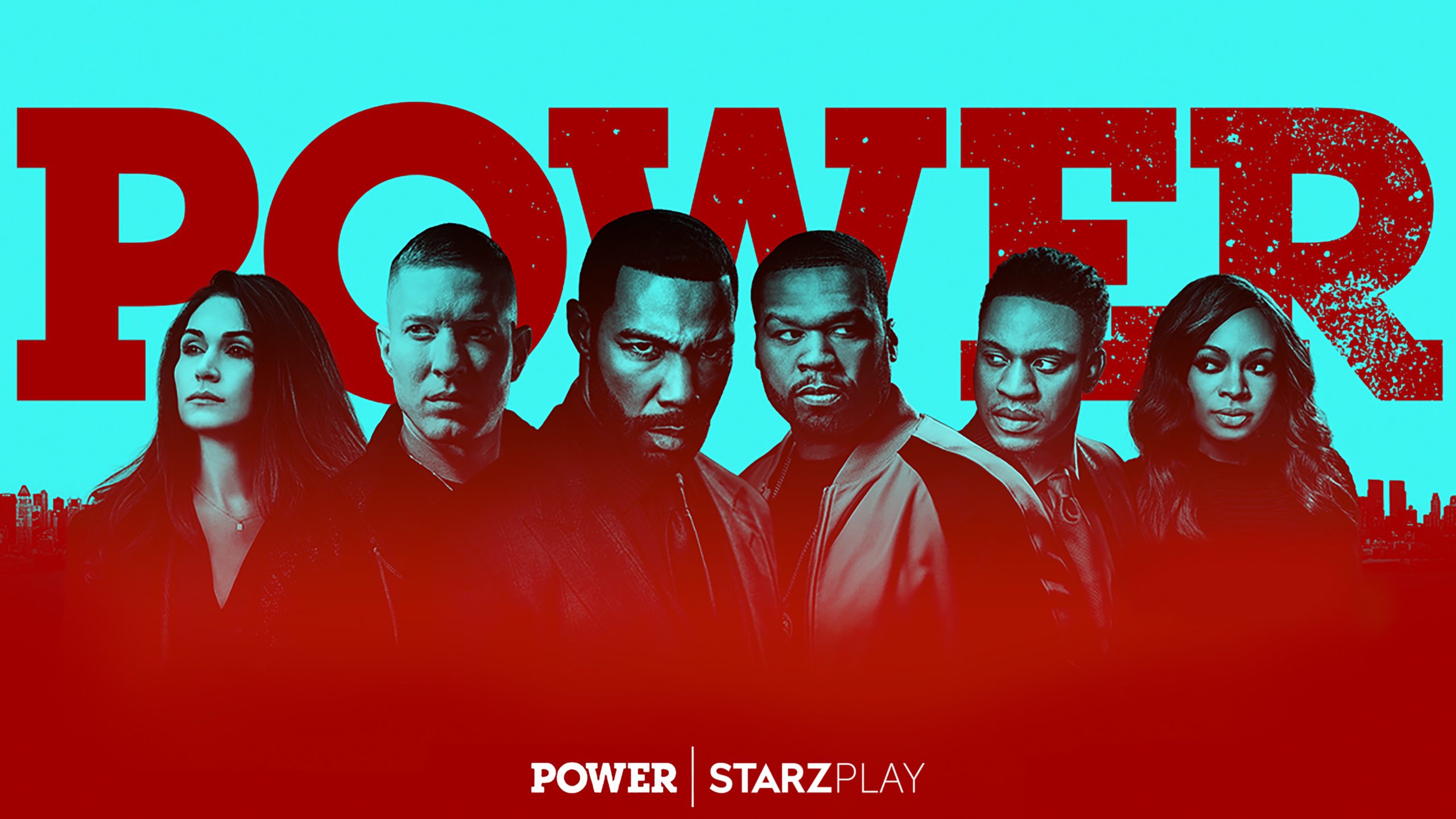 Starz Original series, Power, is the best show 50 Cent has ever produced and is back for it’s season 5 premiere now on STARZ PLAY. The show’s latest season will see its star-studded ensemble delve deeper into the seductive Manhattan nightlife of the elite, the violent underworld of organized crime and the equally ruthless world of law enforcement.

The show follows family man, nightclub owner and drug kingpin, James “Ghost” St. Patrick (Omari Hardwick), torn up between trying to get legitimate while pursuing an old flame and dealing with the more nefarious side of his drug empire.

Aiding Ghost is his brother-in-arms Tommy Egan (Joseph Sikora) and fierce wife, Tasha (Naturi Naughton). Ghost is on the verge of leaving his criminal life behind and starting anew with renewed old flame and federal prosecutor, Angela Valdez (Lela Loren) when a shady figure from his past, Kanan Stark (50 Cent) comes back into his world threatening to jeopardize everything Ghost has worked for.

Power is all about who has the upper hand and the characters doing whatever it takes and putting everything on the line to get it.

Season 4 saw Ghost in his “darkest hour” dealing with a tough legal fight brought on by his ex-lover and struggling to recalibrate his life after his acquittal. Things weren’t any better at home with Tasha struggling to keep her kids protected from the negative aftermath of Ghost’s arrest. She loses control over Tariq as he begins to question the integrity of his family and starts hanging out with Kanan whose dark influence leads Tariq to all kinds of unruly circumstances including a botched robbery and a murder.
Law enforcement on Power is depicted a little differently than in other crime shows, they’re cunning, smart and in-step if not ahead of the criminals they’re trying to lock up. They also make mistakes and take the law into their own hands as they see fit.
Angela and her colleagues fail to convict Ghost but finally get to the bottom of Greg’s murder and put the Lobos case to rest once and for all. She gets a promotion for all her troubles much to her male colleagues’ chagrin who still want Ghost to pay for his crimes.

Our favorite hothead, Tommy, tries to take control over the drug business as the new Connect after Lobos meets an unsavory end. With help from Ghost he manages to work the drug network to his favor but things unravel quickly.
Dre has been quietly building his own empire in Ghosts’ absence and manipulates Tommy out of his tight hold over the drug network and partners up with the Jimenez family to become the sole distributor in the city.
The season ends with the shocking death of Ghost’s daughter Raina by the hands of Dre’s old partner who Tariq later confronts and shoots. Ghost and Tommy go on a murderous rampage to seek retribution while Tasha turns to Angela for help.
The final scenes see Ghost, Tommy and Kanan forming an offbeat alliance fueled by grief and revenge to bring down Dre and the Jimenz family. These boys have a long complicated history together. Trust levels are low and tensions are likely to reach dangerous levels. Whether they’ll be able to put the past behind for good and work together is something we’ll have to wait and see.

Ladies of Power have their own set of problems to deal with in season 5. Angela just got promoted and her implication in covering up the murder of Raina’s killer could have dire repercussions which could see her seeking an offbeat alliance of her own. Tasha will have her hands full as well between mourning her daughter’s death and doing whatever she can to protect Tariq from prosecution.

Fans could be in for some big shocks and major twists in the upcoming season. With all that went down in the final episodes of season 4, one thing’s clear: no one’s been safe on Power for a while now and another big death could be on the cards for season 5.
Power might have its most thrilling and captivating season yet.

Can Ghost rise up from the tragic death of his daughter and work with old foes to reclaim power or will he fall apart and unravel? Find out now on the season 5 premiere of Power: http://bit.ly/2KIfIfy