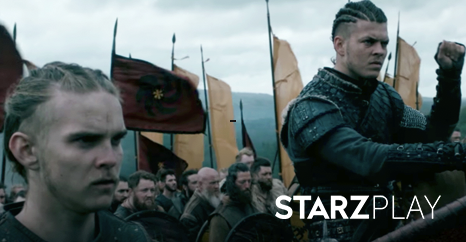 It’s been a thrilling, wild and bloody ride so far, and Vikings Season 5 has been more of the same, if not better.

The series has treated its followers to a savage world of intrigue, lurid affairs, conflict, and power plays. With Season 5’s finale looming, here is an exclusive peek at what the future holds for the bearded warriors:

If there is anything that the death of Ragnar tells us is that the world of Vikings is bloody, cruel, and utterly unpredictable.

In this finale, nobody is safe from an accident or assassination. This was proven in the previous season when Sigurd was killed by his brother, Ivar.

Having killed his brother already, Ivar’s flashes of both madness and genius war strategy have left viewers intrigued.

We can expect to see his full wrath when he seeks revenge for his father’s death in bloody scenes of anger and retribution.

The last time Rollo was seen, he was sailing to the Mediterranean sea with Bjorn. Despite the circumstances he finds himself in, his survival means one thing – Rollo will be “reinvented” yet again.

In the meantime, Floki – sitting adrift in his solo boat – has placed his fate to the gods. The question rattling everyone’s head is whether he will be joining his lifelong friend (Ragnar) in Valhalla or embarking on new adventures in Iceland. The latter looks more likely.

Having proved that there is Vikings without Ragnar, Season 5’s finale promises to be a masterpiece. Don’t miss this epic episode by subscribing to STARZ PLAY.