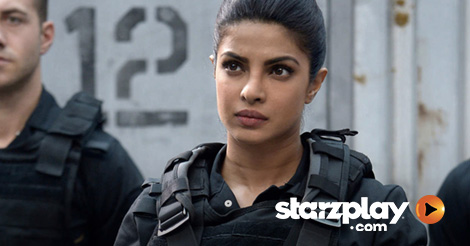 Who doesn’t love a TV show that keeps you on the edge of your seat? Quantico’s first season is packed full of shocking twists and turns. Put your phone on silent – you will not want to look away from this gripping drama. But at the same time, unlike lots of other TV dramas, everything that happens in Quantico is realistic and could happen in real life.

One of our favorite parts of Quantico is that you have no clue who to trust! One second you may love a character, the next second they may be the prime suspect in a terrorist attack. It’s a TV show that will keep you guessing until the very last second. Quantico’s cast not only features a range of incredible actors, but also actors from all different races and religions. From Priyanka Chopra’s Indian roots to Yasmin Al Massri’s Palestinian background to the set of twins, you will surely relate to at least one of the cast members of Quantico.