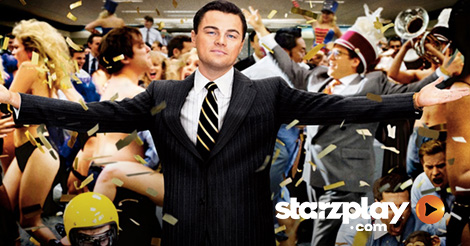 6 Comedy Movies You Would Never Watch with Your Mother

There are plenty of family-friendly blockbusters and sweet romantic comedies available, but sometimes you cannot help but crave a raunchy, innuendo-filled film. Choose your movie partners wisely, as these movies would make anyone’s mom storm red-faced out of the living room!

Here are six fun comedy movies to stream this week: What happens when you combine a ‘Jackass’ character, an eight-year-old child, and a hidden camera on an epic cross-country road-trip? The result is ‘Bad Grandpa,’ which does not shy away from any topic. The public has no idea what to expect as the duo engages in conversation at a beauty pageant, biker bar, funeral home, and more.

Considering it is a show starring third-graders, ‘South Park’ is about as vulgar as it gets. The uncut version of this feature film pits American censorship against Canadian comedians. Can the boys stop Kyle’s mom from launching World War 3? There is nothing like nudity to make a film polarizing. In ‘Filth,’ James McAvoy plays a junkie cop who is scheming for a promotion. He embraces corruption while battling issues within himself, trying to find a reality that will reunite him with his family.

The Wolf of Wall Street Sex, drugs, and money: Leonardo DiCaprio stars in this irreverent film based on a true story of a stockbroker who became overwhelmed by his wealth. The movie is full of sex scenes, drug use, and violence, making it the ideal choice for a date night when no other family members are around! With the FBI closing in on the wolf’s schemes and frauds, how long can the partying continue? What would your mother say if she knew you watched this? This Sacha Baron Cohen-led comedy looks at dictatorships from the other side. Baron Cohen plays a dictator who is heroically trying to keep democracy out of his country, but no one is safe from the jokes. This offensive and filthy comedy makes it hard to stop laughing or look away! Nothing will make you feel embarrassed faster than the ‘Jackass’ crew. Their stunts and public antics are on full display in ‘Jackass 3.5,’ with an unrated cut now available to stream! This is the kind of movie that makes you feel guilty for laughing, but just enjoy it in the moment.