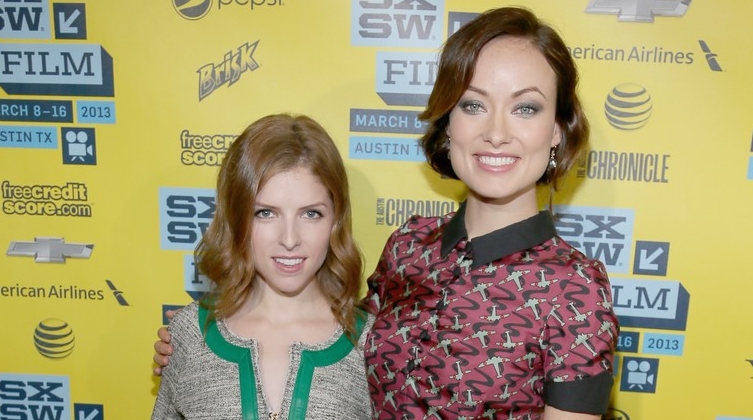 The best part of Twitter is that almost every actor and actress has an active official account. What’s even more awesome is that they’re sharing hilarious thoughts and news from their day to day life. If you want your Twitter news feed to be filled with comedy gold, the go to trick is to start following your favouite hyper-active celebrities and get up to date with all the silliness that they have been up to. Here’s our pick of six twitter accounts you have to start following ASAP:

Seth (Pineapple Express, This is the End) is a man that loves to drink and eat to a hilarious excess so expect rants about boozy adventures and excessive eating. He is very active doing cameos so he’s always dropping or retweeting comedy nuggets from sketches and upcoming movies.

Accepting that I wear size 38 jeans is one of the best things that ever happened to me.

Anna Kendrick (Drinking Buddies, Up in the Air) has got it all: brains, looks and sass. But sass is the motto when it comes to her twitter account. She’s dropping NSFW comedy bombs that will have you blushing while rolling on the floor from laughter.

I like how Word will underline a mistake, let me hit ignore, and 5 seconds later underline it again like "Ooo, sweetie are you sure?"

Olivia (Cowboys & Aliens) describes herself on twitter as a world champion parallel parker, we’ll talk her word for it because she doesn’t mince words when she tweets. She’s also a beaut you wouldn’t mind having popping up on your feed every now and then.

You don't know love 'til you've cleaned shit off a car seat together. #holidays

When it comes to twitter, Jay Baruchel (How to Train Your Dragon, Tropic Thunder) is ACTIVE. As in expect a funny tweet or two a day, what’s more to ask from a funny guy?

Spade (Grown Ups 2, Emperor’s New Groove) has been the go to funny man child for a while and is showing no signs of slowing down.  Follow him for some comedy video and picture gold.

Rejected Christmas tree realizing his 15 minutes is fame is over pic.twitter.com/vWfvFpQadX

Everybody loves Hank from Breaking Bad, and the fun part is that Dean is more or less Hank Schrader whether he is acting in the role or not.

So proud of myself at gym! Reduced from "nonstop" to "almost every second" times I think about stepping off treadmill and walking out door