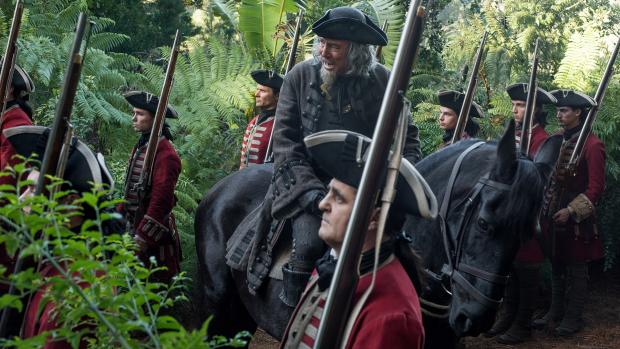 This week, Black Sails wraps up its third season with an action-packed finale, episode XXVIII, as Captain Flint (Toby Stephens) and his crew of pirates take on the British. If you are not caught up with the show, note that there are a few spoilers ahead! Here are four events that lead up to the finale, which streams on STARZPlay.com this week.

Although it was clear that Charles Vane (Zach McGowan) cared for Eleanor (Hannah New) and hoped that they might reunite, their relationship did not end well. Eleanor chose other things than a life with Charles, and her actions contributed to his capture. This episode makes it clear that Eleanor is in love with another man and that there is no hope for Charles. For her, his capture was a form of revenge. What repercussions may come of her involvement? 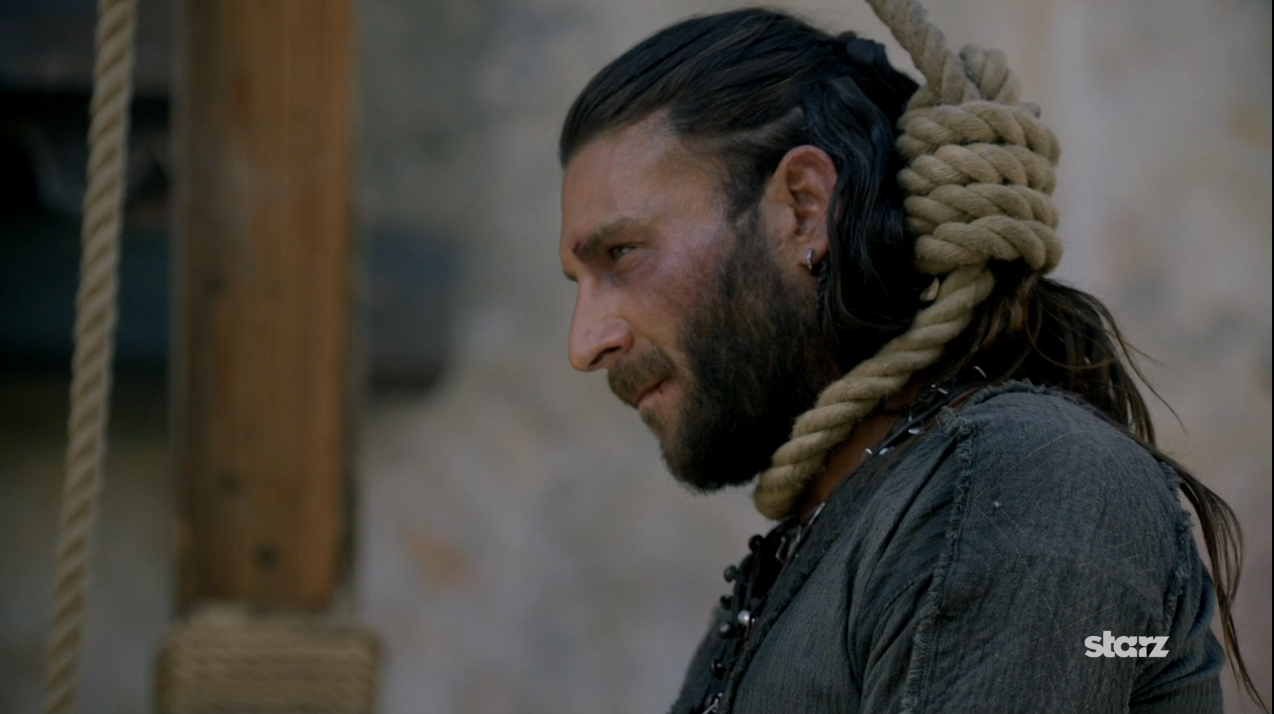 Following a midnight trial with no observers, the British hang their captive, Charles Vane. Viewers’ hearts may have skipped a beat as pirates came in to rescue him at the last possible moment, but Charles met the eyes of Billy Bones (Tom Hopper) and signaled the crew to stop. In this way, Charles becomes a martyr who died for his cause. Will this inspire the pirates to rally together and wage war against the British once more? As Captain Flint and John Silver (Luke Arnold) lead the pirates against the British Empire, who else could become involved? For one, Blackbeard has emerged as a key player in the episodes leading up to the finale. He is a force who could join the pirates or forge other alliances. How will his character develop as the series continues through the finale and into season four? Last episode found Flint and Silver preparing for war, so expect to witness a battle of epic proportions. Following Charles Vane’s death, the remaining pirates must fight for their way of life and everything they believe in. How much inspiration will they draw from his martyrdom? How, when, and where will Vane’s one-time crew choose to fight? This dramatic, fast-paced show has a lot to offer during its latest finale.

Keep up with your favorite Black Sails characters as the season three finale comes to STARZPlay.com on March 27.