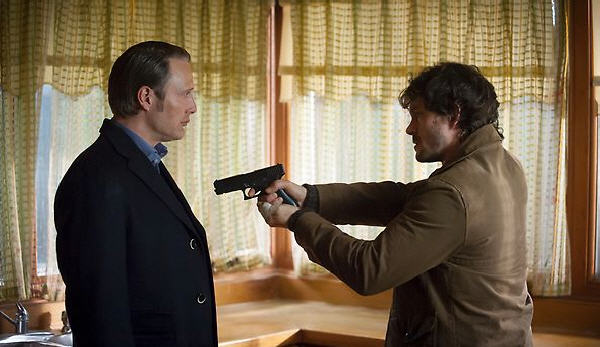 Some horror shows are intelligent, and that is one of the best ways to describe Hannibal. This psychological thriller includes a powerful cast, stunning visuals, and detailed plots and crime scenes. The show’s dark premise involves the relationship between FBI profiler Will Graham (Hugh Dancy) and his psychiatrist, Hannibal Lector (Mads Mikkelsen), who is a secret, cannibalistic serial killer. The show is beloved by viewers and critics alike, but here are five of the creepiest moments: The show prides itself on showing gruesome, morbid moments, and it does not shy away from anything in the first episode of the series. Here, we first see Hannibal’s butchering skills, as he quickly cuts through a pair of human lungs, as easily as another person might filet a fish. 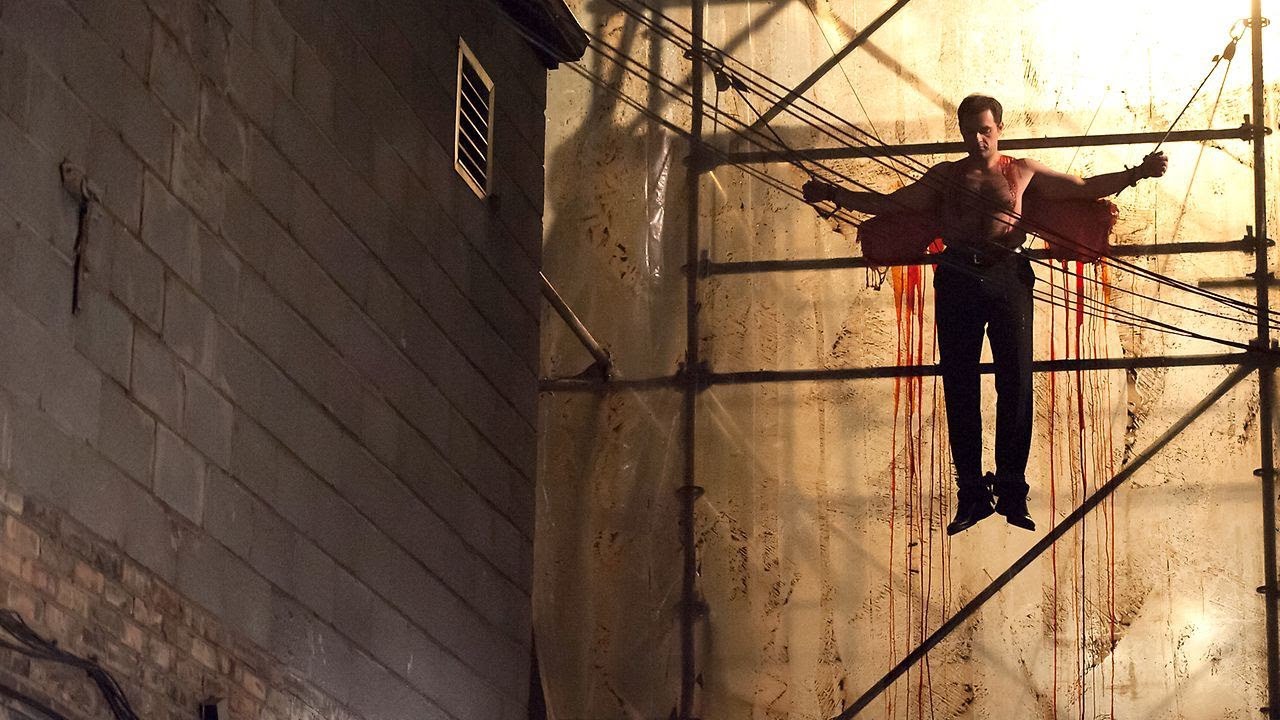 Hannibal has a curious dinner guest who enquires about the meal they are eating. His host calmly responds, “Rabbit,” as the show cuts from the dinner table to an outdoor scene. There, a young man is running from something, and we know exactly who.

This “moment” occurs multiple times throughout the series, but it is worth mentioning. Hannibal Lector has an eerie, effortless ability to disarm people. An exceptional actor, Mads Mikkelsen has certain looks, chuckles, and pauses that will give you shivers.

4. Season 1, Episode 8: Something Caught in Your Throat Many of the crime scenes in Hannibal are meticulous detailed and absolutely terrifying. Here, a musician is alone on a stage, sitting back in a chair with an exposed throat due to an attack. The entire episode is captivating, but something about this scene makes you want to simultaneously look away and stare closer. The show’s style is stunning, which makes even the most gruesome scenes somewhat artistic and intelligently designed.

By this point in the series, the characters are truly developing and each episode has a series of twists and turns. Without giving away too much, we wanted to include this moment as one of the many times you might have to pause the screen and look away. The body of a woman is found, but both a live horse and a live bird are involved at the crime scene.

To watch these moments and more, check out Hannibal seasons one and two on STARZplay.com