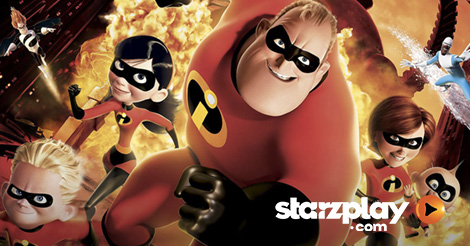 Disney has been a household name for decades, and for good reason. The brilliant minds of Walt Disney’s empire have created timeless stories with beautiful animations that people of all ages can enjoy for years to come. This November, Starzplay.com will be adding four Disney movies to its roundup of kid-friendly features. The 2010 live-action remake of the sci-fi film is coming to Starzplay.com this November. Tron: Legacy tells the story of a man who enters the digital world that his missing father designed. Inside this world of neon lights and digital beings, the hero meets his father’s corrupted creation and a woman who was born inside this virtual reality.

The Hunchback Of Notre Dame Disney’s animated movie about Victor Hugo’s classic novel is considered a classic among Disney enthusiasts, and for good reason. Quasimodo, the disfigured bell ringer of Notre Dame, is lovable and kind despite his frightening appearance. This was definitely one of Disney’s darker films, as anyone who’s seen the tomato throwing scene or Frollo’s villainous “Hellfire” song can attest to. However, the darker themes are part of what makes this movie so enjoyable for people of all ages, and never gets so morbid that it goes beyond a G rating.

Starzplay.com will add these four Disney movies to their collection in November, giving parents plenty of options for their children to watch while they prepare holiday meals this season.