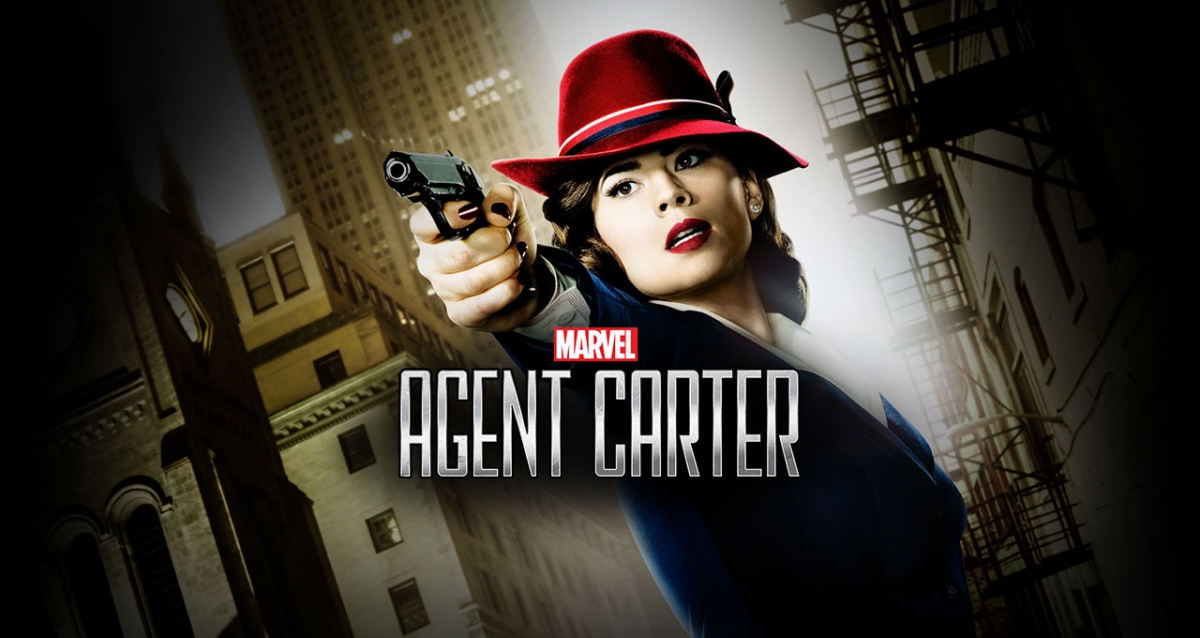 Whether you loved the Captain America films or know nothing about them, Agent Carter is a show worth watching. Set in 1940s America, the television series is witty, action-packed, and full of stunning costumes and sets. Keep reading to see what you have to look forward to:

Who is Agent Carter? The series follows Marvel Comics character Peggy Carter, who appeared in comic books as well as Captain America: The First Avenger, Captain America: The Winter Soldier, and another short film, Marvel One-Shot. Hayley Atwell reprises her role from all three of the films to play Peggy, who must balance life as both a single woman and a secret agent.

The show begins in 1946, just after Peggy has lost the love of her life and has been relegated to office duties for the Strategic Scientific Reserve (SSR). In addition to her routine office tasks, however, Agent Carter is secretly recruited to help clear the name of a billionaire accused of treason, Howard Stark. Stark has been framed for supplying dangerous weapons, and the first season revolves around Peggy finding those responsible and disposing of the weapons.

What is a Hero without a Sidekick?

Although Agent Carter has no superpowers, she is far from weak. Although many characters in the show underestimate her, Peggy uses that to her advantage and frequently takes control of the situation at hand. Still, where would she be without a trusty sidekick? Stark’s butler, Edwin Jarvis, is played by James D’Arcy and is Peggy’s ally throughout the show. He is a witty character, providing comic relief in tense moments. Together, they flush out villains while navigating a world of murder and deceit. Additional series regulars include Chad Michael Murray, Enver Gjokaj, and Shea Whigham.

Standout Features of the Show

Agent Carter utilizes a large assortment of characters in this post-war, rich period of history. The show also embraces its Marvel roots, introducing many storylines and character origins from the films. Although the first season is only eight episodes long, it is packed with intricate plots and dangerous missions. The strength of the writing team and crew is evident in the exceptional dialogue, attractive costumes and period set designs, action and stunts, and attention to detail in every episode.

Agent Carter is now live on STARZPlay.com. See why both critics and viewers at home are so taken with Peggy Carter and her thrilling adventures.