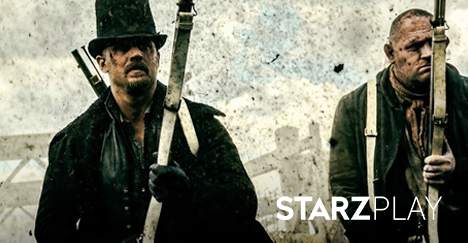 Taboo Season One Finale: What To Expect

Taboo has had a successful first season of bringing fans into the world of James Delaney. The show centers around Delaney (who had long been thought dead by his family and friends back home) and his return to London upon his father’s death.

During the series, Delaney has to maneuver through family secrets, government conspiracy, and the secrets of the East India Company. As the season comes to a close, we’ve made our predictions for what to expect in the season one finale of Tom Hardy’s period drama. It sounds crazy, but we could almost see some alliance forming between Delaney and Sir Stuart Strange. At the end of episode seven, Delaney becomes the subject of merciless torture, but he luckily survives long enough for his requested meeting with Strange. The two adversaries meet, and Delaney only says, “I have a use for you.”
Interesting words, since he said the same thing to Godfrey. A permanent alliance is likely not in the future for Delaney and Strange, but perhaps a temporary ceasefire will happen between the two to buy both men some time. This is a pretty obvious prediction, but when it comes to Taboo, viewers never know what to expect. The season finale certainly won’t be an exception, and we predict that the biggest surprise of the whole season is coming. Throughout the season we’ve seen Delaney’s strange visions, and haven’t been sure whether they are flashbacks, omens, or perhaps a combination of the two. In the season finale, we predict that Delaney’s visions will come to reality. If they are omens, these omens will finally happen. If they’re flashbacks, we’ll learn the whole story behind them. In keeping with the taboo theme, Delaney, and his half-sister Zilpha have an incestuous relationship throughout the show. However, in the most recent episode, Delaney pretty much ended it. We’re hoping it doesn’t happen, but it’s quite possible that Zilpha will suffer from lover’s scorn and retaliate towards Delaney by betraying him. Tom Hardy’s characters are pretty well known for being very unstable individuals, and Delaney is no exception. In the season finale, it’ll be interesting to see whether or not Delany explodes and hurts himself, or if he’ll manage to keep the chaos contained and prevail. We’re also predicting that the Prince Regent has more in store for Delaney.

12 Movies Coming To STARZPLAY in March