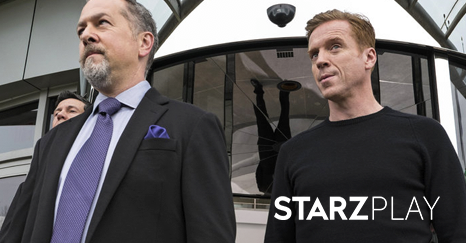 Showtime’s Sunday night series, Billions is bringing a new and exciting story to television. In the series, U.S. Attorney Chuck Rhoades has a passion for battling white-collar criminals. The biggest white-collar criminal of them all is within the financial world of New York – Bobby Axelrod, a hedge fund millionaire. Season 1 followed these two men as they struggled to gain power over each other, and ended with both of them losing someone very important. Now, with Season 2, we see Rhoades taking a step back to try and take Axelrod down in a more discrete way. It also looks as though Axelrod may have to finally face his crimes, but his persistence as a survivor may help him to evade justice for a little while longer.

Here is the recap of the first two episodes of Season 2. The season premiere did a successful job of tying up storylines from the first season, while still setting the groundwork for the new season. Although Rhoades and Axelrod both lost pretty heavily in the first season and could move on with their lives, they won’t. This episode showed us that the two men still have every intention of battling it out. Axelrod tells his staff that he’s a survivor, and isn’t willing to accept his fate. In order to avoid justice, Axelrod decides he has to take down Rhoades.

Meanwhile, Rhoades is under investigation from the Office of Professional Responsibility to look into his questionable behavior and time wasted in the Axelrod case.

The episode ends with Axelrod finding other people with legal grudges against Rhodes to sue him. Axelrod finds plenty of lawsuits, 127 to be exact, which will kick Rhodes out of his U.S. Attorney position and possibly send him to jail. This episode was filled with phenomenal performances from both old and new cast members on Billions. The show opened with Axelrod going head-to-head with someone who will be a new enemy for him: Todd Krakow. Both men are hedge fund managers and clearly do not get along as they both sit on a panel hosted by Lawrence Boyd. Axelrod and Krakow really dig into each other until Axelrod storms away.

Meanwhile, Rhodes is seeking legal help with the 127 lawsuits that have been brought against him. To Rhodes disappointment, the Justice Department has no intentions of defending their New York City U.S. Attorney and he’s been called to Washington D.C. to be presumably fired by the attorney general. Rhodes’ friend, Ira, promises him that he’ll make the cases go away. His advice is also for Rhodes to target one of the attorney general’s enemies so as to prove his loyalty to her.

Another interesting thing that happened in this episode was the introduction of Taylor, a character who identifies as “they, theirs, and them.” For a show that is very alpha male, it’s refreshing to see Billions be so progressive with a new character.

In the final scenes, the audience learns that Rhodes has learned how to save his job.

Watch both of these episodes now on STARZ PLAY!

Taboo Season One Finale: What To Expect