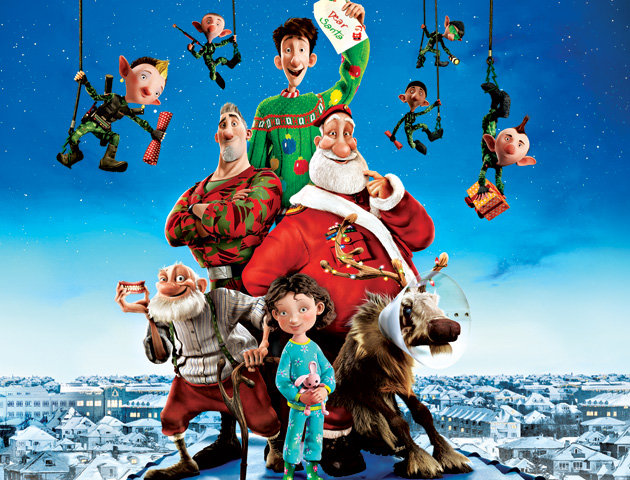 The season is upon us and it can only mean one thing: getting cosy around the TV and watching your favourite Christmas movies while sipping on hot cocoa and munching on baked goodies. We put together a list of the season’s must watch movies for your STARZ Play holiday binge-a-thon, so turn on the Christmas tree lights, wear your favourite ugly sweater and prepare for a jolly night:

In the first holiday classic of the Santa Clause trilogy, divorced dad Scott Calvin (Tim Allen) accidentally becomes the new Santa Claus after the original perishes in an accident on Scott’s roof. Hilarity ensues as he adopts to his new identity while convincing the ones he love that he is not actually losing his mind. The Santa Clause Saga continues in the second movie as Scott, now a Santa at the top of his game, must find himself a Mrs Clause or risk seeing Christmas disappear forever. Finally in the third Santa Clause, Scott finds himself in a fight for Christmas against the nefarious Jack Frost. Scott is tricked into losing all of his powers by Jack who then goes back in time and takes  Scott’s place as Santa whilst turning Christmas into a soulless commercial holiday. Across the trilogy Tim Allen brings a likeable and hilarious Santa that will fill your home with holiday laughter.

In the action packed animated movie Arthur Christmas, Santa has to deliver over two billion presents this Christmas night but an accident leaves little girl Gwen without any presents. Now its up to Santa’s clumsy son Arthur, a young Christmas Elf and Arthur’s rebellious grandfather to deliver the gift. This holiday missions takes an unwitting turn when the team gets mistaken for aliens and trigger an international military crisis. Will Arthur deliver the gift to the little girl before she wakes up and ultimately save Christmas or will it be too late?

Based on the Christmas classic “It’s a Wonderful Life”, It’s a Very Merry Muppet Christmas asks how life amongst the Muppets would be like if their quirky leader Kermit never existed. After a disheartened Kermit leaves the Muppets theater, Evil banker Rachel Bitterman schemes a ruthless take over of the theatre in order to turn it into a night club. Now its up to assistant guardian angel Daniel to convince Kermit to come back and save the Muppets by showing him how his friends life would be worse off if he was never meant to be.

Wrapping up our Christmas movie list we  have your daughter’s and maybe even your favorite holiday movie. Frozen’s Princess Anna embarks on a journey to find her sister Princess Elsa, whose icy superpowers have trapped their kingdom in eternal winter. Anna is accompanied by mountain man Kristoff, his reindeer sidekick Sven and loveable oaf Olaf the Snowman in a race to redeem her sister and save the kingdom. This instant classic is full of timeless songs and a strong story of sisterhood that will melt any frozen heart.

STARZPLAY is Now Live on Chromecast