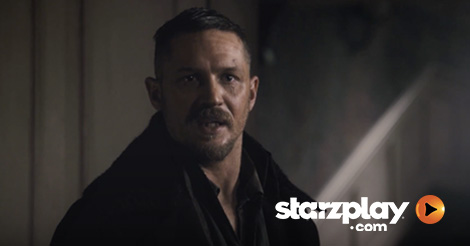 Tom Hardy fans rejoice, the upcoming British miniseries Taboo featuring the actor will be coming to STARZPlay.com on January 2017. Created by Steven Knight and set in the early 1800s, Taboo follows James Keziah Delaney, a man who has been irrevocably changed after travelling to the ends of the world.Presumed dead, he returns home to London from Africa to inherit what is left of his father’sfortune and rebuild a life for himself. But his father’s legacy is a poisoned chalice.

Taboo is produced by Ridley Scott’s Scott Free London and Hardy’s Hardy Son & Baker. The executive producers are Hardy, Scott and Steven Knight (Peaky Blinders), who created the series with Hardy and his father Chips Hardy.

Taboo is directed by Kristoffer Nyholm and Anders Engstrom and reunites Hardy and Knight for their third collaboration following Locke and Peaky Blinders.