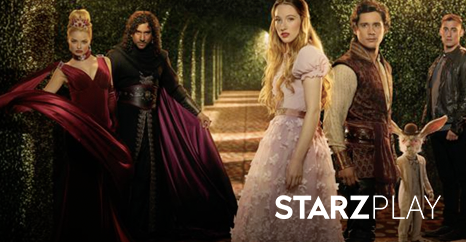 Movies and television series with a supernatural theme are more popular than ever before. For fans of this genre, STARZ Play has plenty of binge-worthy titles available.

1. Beauty and the Beast

This is a new take on the story of Beauty and the Beast. The Beast is an ex-marine who was turned into a mechanical beast by the government. His love interest is a detective, Catherine Chandler. The Beast goes into hiding, but Catherine’s compassion and love helps to humanize him. This spin-off of The Arrow is the perfect show for science geeks, plus there are twists and turns throughout. Barry Allen, aka The Flash, is an absolutely loveable character, as is Cisco. A highlight of the show: the musical episode in season three. There’s nothing better than a new spin on a classic fairytale. Once Upon a Time is a series that retells old tales. The modern twists, captivating characters, and magic make this a favorite among many viewers. Heroes is a show about everyday people who discover they have special powers. The show documents how these people cope with their new powers and their relationships with each other as their lives begin to intertwine. It’s an exciting psychological, sci-fi thriller that will keep viewers guessing until the very end.

5. Once Upon a Time in Wonderland Enjoy All Your Favorite Supernatural Series’ on STARZ Play

Whatever a person’s plans are this summer, binge watching some fantastic television series’ should definitely be on the agenda. This list of supernatural TV shows is just the tip of the iceberg. STARZ Play has plenty of other supernatural titles to keep viewers engaged.