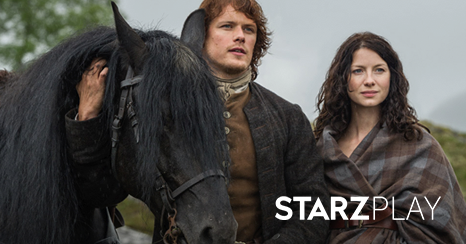 Television dramas can be just as engrossing as any feature-length film. On STARZ Play, viewers can enjoy some of the most popular TV dramas of the past few years. Grab some popcorn, curl up on the couch, and enjoy!

STARZ Play has a number of drama series’ to watch. Here are a few. One of the most exciting and fear-inspiring times in history was the Cold War. The Americans is set in the 1980s. The Soviet government has sent two spies to the U.S. They pose as a married couple in a Washington, D.C. suburb. Viewers can’t help but get caught up in the suspense and intrigue. Romance, drama, and sci-fi – what a mix! Outlander follows a WWII nurse who is mysteriously transported to the 1700s. During her time in the past, she ends up having to marry a Scottish warrior. Their love story, however, quickly steams up and romance ensues. Mr. Robot turns the idea of what a vigilante does on its head. Instead of going out at night and fighting, a cybersecurity engineer acts as a vigilante hacker at night. But viewers shouldn’t be fooled by the computer theme. There’s plenty of edge-of-your-seat action to enjoy. What would life be like if people lived with robots? Many people think humans are closer than we think to living side-by-side with anthropomorphic robots. Humans explores what that would be like, particularly the psychological, social, and cultural impacts of doing so. Professional ballet has become a hot theme for decades, but especially since the critically acclaimed film Black Swan. Flesh and Bone follows the story of a dancer who runs away to New York to become a professional ballerina. However, there’s plenty of drama as she deals with her troubled past and inner demons, as well as the pressures of being a professional dancer.

STARZ Play subscribers can stream the latest releases or classics. For just a few dollars a month, viewers have full access to ever single drama series on STARZ Play.