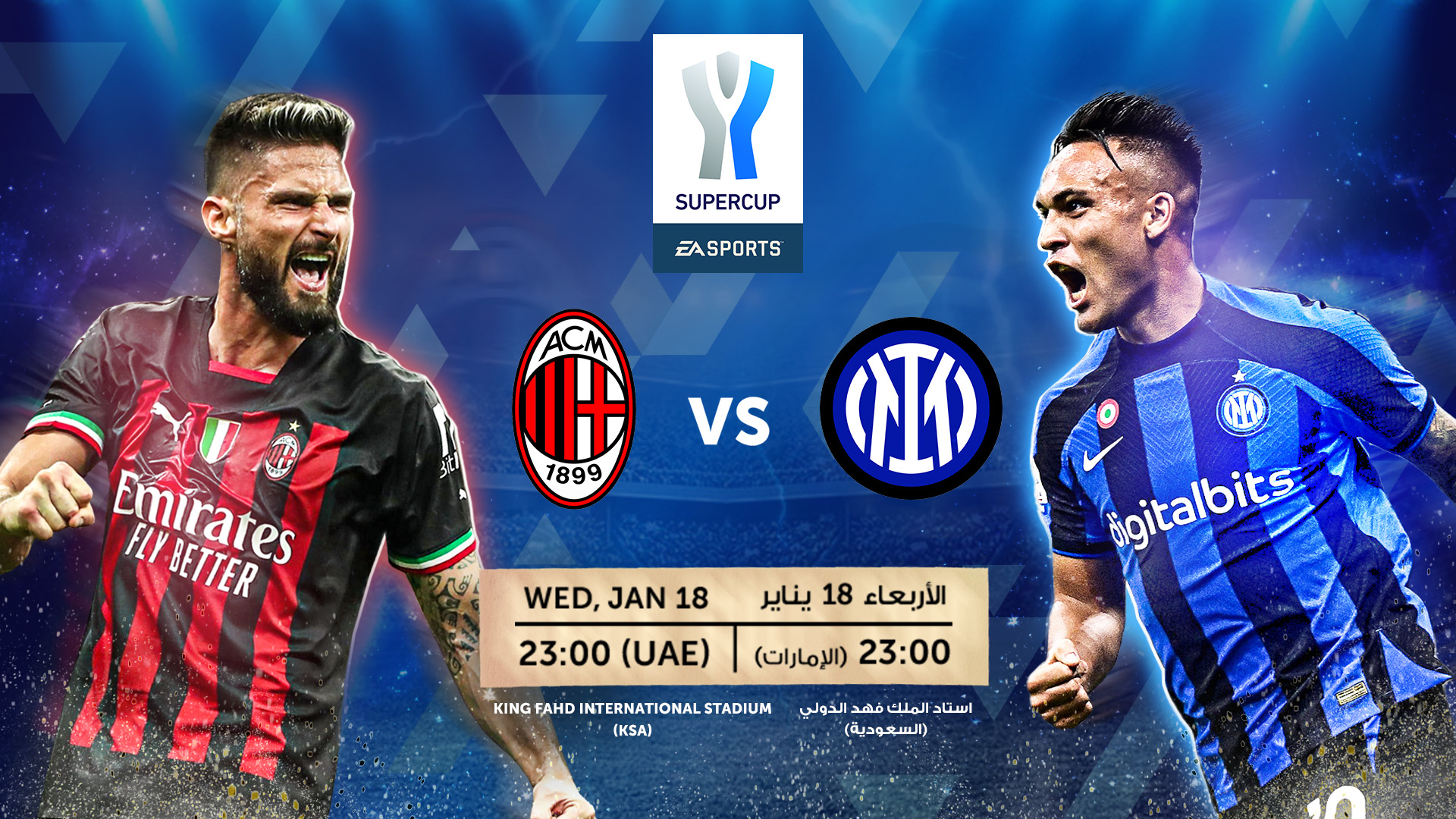 This week STARZPLAY Sports will be streaming live two finals from the region, The EA Sports Italian Super Cup from KSA and the Supercopa Argentina from the UAE.

This year’s edition of the highly anticipated EA Sports Italian Super Cup will have football fans on the edge of their seats as the winners of the Italian Serie A title and the Coppa Italia Cup come together for a legendary clash. This year is extra special as it is the Milan Derby, AC Milan and Inter Milan, will face off at The King Saud University Stadium in Riyadh, Saudi Arabia. Inter Milan will no doubt be keen to win to bring their winning total up to 7, matching AC Milan.

The match, which is one of the biggest derbies in the world will kick off on January 18 at 23:00 UAE time and will be available to stream live on STARZPLAY Sports across all the MENA region except KSA.

The on-pitch action continues on January 20 at 19:30 UAE time, as the annual Supercopa Argentina takes place between the champions of the Primera Division, Boca Juniors and the winners of Copa Argentina, Racing Club live from the Hazza Bin Zayed Stadium, Al Ain, UAE. Boca Juniors have an upper hand with their 2018 win, tune in to see if they bring that same winning form back.

STARZPLAY Sports has the rights to stream the EA Sports Italian Super Cup and SuperCopa Argentina and every match from the Serie A live and exclusive. Sports fans can also enjoy live wrestling, football, Cycling, World Championship boxing, UFC, basketball and much more, all available to stream on the platform.

With thousands of hours of premium content including the best western content, Arabic shows, Turkish favourites, anime, and live sports, STARZPLAY is available in 19 countries across the Middle East, North Africa, and Pakistan for fans to enjoy quality content anytime, anywhere, and from any device.

STARZPLAY Arabia has secured tie ups with a host of leading, global studios including MGM, 20th Century Studios, Warner Bros, Universal, Discovery and Fox International Channels. Until 2022, STARZ (www.starz.com), a Lionsgate company (NYSE: LGF.A, LGF.B) was the lead investor along with media and technology investment firms including SEQ Investors and Delta Partners. In early 2021, STARZPLAY Arabia secured its first independent financing in the region of US$25 million (approx. AED 92 million) from Abu Dhabi based Ruya Partners. In 2022, E-Vision, from e& and ADQ, an Abu Dhabi-based investment and holding company acquired a majority equity stake of circa 57% in the company.