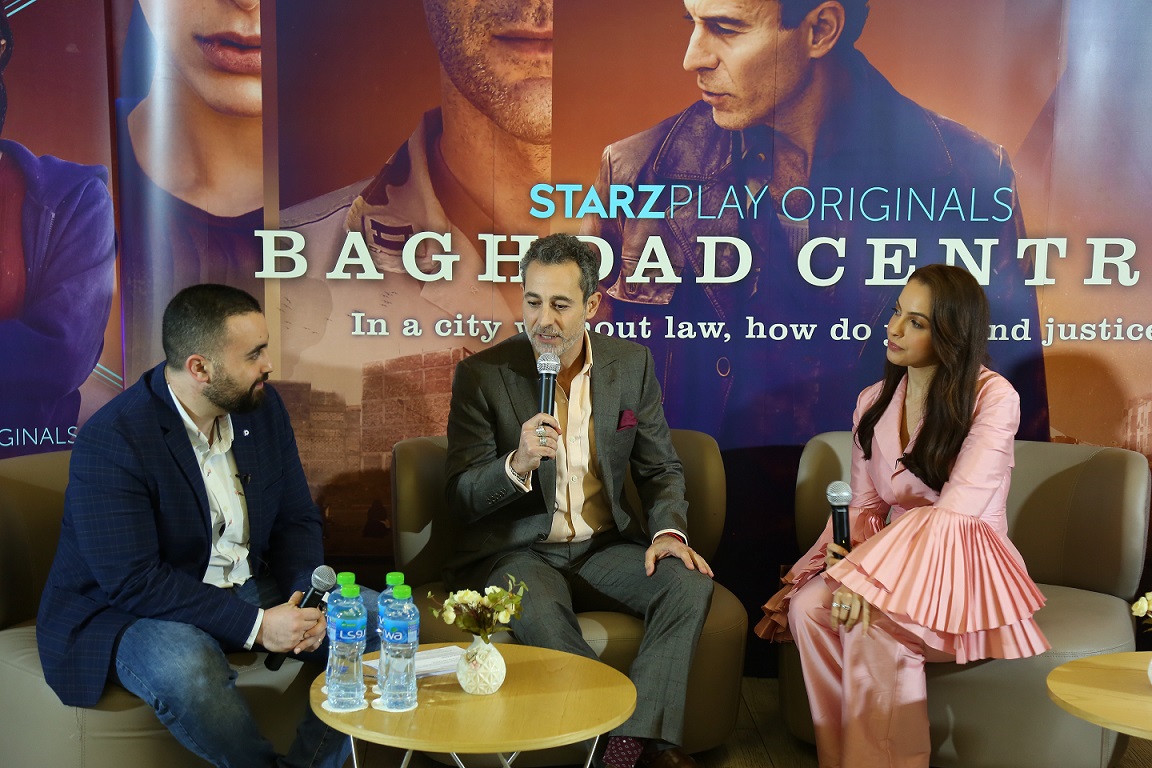 STARZPLAY, the leading subscription video on demand (SVOD) service in the MENA region, presents its original series, the crime drama Baghdad Central, available exclusively on the platform from 12 February 2020.

The six-part mini-series, already garnering international acclaim from film critics around the world, is set amidst the chaos of American-occupied Baghdad in 2003.

The show follows Iraqi ex-policeman Muhsin al-Khafaji (Waleed Zuaiter) who has lost everything and is battling daily to keep himself and his sick daughter, Mrouj (July Namir;), safe. But when he learns that his estranged elder daughter Sawsan (Leem Lubany) is missing Khafaji is forced into a desperate search to find her. He soon finds himself up against her enigmatic university tutor, Professor Zubeida Rashid (Clara Khoury) and discovers that Sawsan and her two close friends Sanaa (Nora El Koussour) and Zahra (Maisa Abd Elhadi;) have been leading a hidden life that’s led them into great danger.

STARZPLAY marked the arrival of the show with a captivating screening event at Roxy Cinemas, City Walk, Dubai. The event was attended by the show’s main star cast Waleed Zuaiter along with July Namir and executive producer Kate Harwood alongside the STARZPLAY management including Maaz Sheikh CEO and Co-Founder and Khaled Benchouche, SVP of Programming and Acquisitions.

Khaled Benchouche, SVP of Programming and Acquisitions at STARZPLAY said: “The exclusive telecast of Baghdad Central reflects the focus of STARZPLAY, since our inception, to bring high quality shows that are locally relevant. The series indeed sets standards; the direction is outstanding, and the performances are compelling. Appealing to all viewers, particularly in the 25 to 40-plus age-group, the intelligently scripted and presented series shines for its Arab flavour. An authentic series that underlines STARZPLAY’s focus on delivering world-class homegrown content, Baghdad Central has a place of pride in our portfolio of STARZPLAY Original shows.”

Waleed Zuaiter, Corey Stoll, Bertie Carvel, Leem Lubany and July Namir join an international cast for the crime thriller Baghdad Central, written and created by BAFTA-nominated writer Stephen Butchard (The Last Kingdom), produced by Jonathan Curling and based on the novel by Elliott Colla. Fremantle, renowned for creating, producing and distributing some the most loved content in the world, is the global distributor for the series.