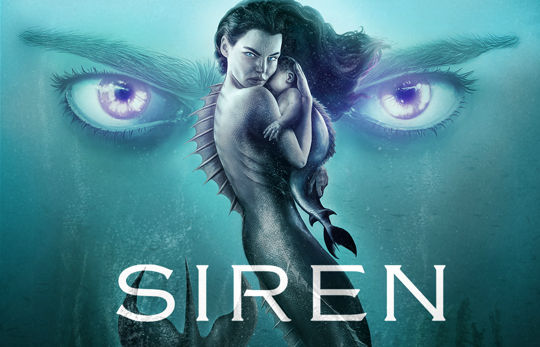 Have you always been a fan of ancient folklore? Do you believe in the world of mermaids and mermen? Have you dreamt of yourself as a mermaid trapped in a human’s body!  Though the existence of mermaids is still debatable, STARZPLAY’s latest TV show, Siren totally feeds into the mythical belief.

Not your usual ‘The Little Mermaid’ kind of fairy-tale, Siren deep dives into the coastal town of Bristol Cove Washington known for its legend to home mermaids and mermen. The peaceful environment of the town is turned upside down with the arrival of a mysterious young woman with a hidden agenda to find her long lost sister. A marine biologist finds himself drawn to her while the rest of the town’s inhabitants are weary.

Eline Powel leaves a lasting impression in her enigmatic portrayal of the mermaid Ryn motivated by the disappearance of her sister. Alex Roe plays Ben Pownall, a marine biologist smitten by Ryn who eventually becomes her biggest confidante followed by Fola Evans-Akingbola as Maddie Bishop, girlfriend and co-worker of Ben Pownall.

While the series’ first season presents a perfect synergy between the three main characters as the mermaids make contact with human beings, the plot thickens in the second season as the town witnesses the arrival of more merpeople. The more the mermaids, the merrier it is!

Created by Eric Wald and Dean White who have cited ‘Jaw’s and Pirates of the Caribbean: On Stranger Tides’ as their biggest inspiration, the TV show has all the elements of entertainment, thrill and intrigue.

For those who still haven’t tuned into the epic battle between man and sea yet, Season 1 of Siren is available to binge-watch followed by the recently launched Season 2 only on STARZPLAY!