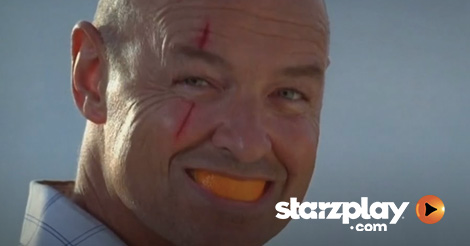 Our 10 Favorite Characters From LOST – Ranked!

It was a mix of mystery and intrigue that made “Lost” one of the most talked about shows of all times, but it was the dynamic cast of characters that tied it all together. All of the crazy plotlines would have fallen flat if viewers did not invest in the lives of those that were driving them. Dozens of characters fell in and off of the island during the series’ run, but these 10 are STARZ Play favorites: No single character changed as much as Jack did during his time on the island. He started off as a hero and changed into that guy who couldn’t get anything right, before morphing back into hero mode by the series’ sixth season. As far as female characters go on “Lost” Sun-Hwa was the shining star. Fans bit their nails along with her as she attempted to determine if it was her husband’s baby she was carrying, or that of her former lover during one of the best character oriented storylines of the show’s run. The evolution of Sayid, and what the island turned him into, was nothing short of brilliant. At first, the character seemed one-dimensional with a love lost storyline propelling him forward. Yet in the seemingly blink of an eye, the simple man had become a complicated killer, making Sayid’s story one of the most intriguing plot twists in history. The mini-van mom trapped on an island, Juliet’s struggles were the most relatable to viewers. It is easy to imagine feeling lost in the new reality she was living, and not fully know who she could turn to. As a result, she shifted her loyalties more often than most, driving a good portion of the drama along with her. Fans did not get to see Jeremy nearly as much as they wanted to during the run. The sad intellect is the reason why viewers (and those on the island) were able to get a grasp on what exactly was happening here. Without Daniel, fans would have been lost, taking the whole series along with them. As far as charming bad-guys go, Sawyer wins hands down. Whether he was stealing supplies or stealing women, Sawyer was the “Lost” character that viewers loved to hate. Hurley was so much more than the comic relief he provided during the first season of “Lost”. As the drama unfolded, he became the show’s conscience, thoughtfully guiding the rest of the characters in the right direction the best he could. Desmond wasn’t on the island very often, but when he was, viewers knew to expect a rocking episode. His thirst for Penny humanized the character, while his knowledge of moving through time made him larger than life. Benjamin as one of the island’s others took the term sneaky to a whole new level. He was originally only meant to drive the plot of a couple of episodes, but the character was so intriguing that the writers all voted to keep him on the island longer. No matter how much a fan loves or hates John, they have to admit that without him there would have been no “Lost”. During the series fans slowly learn that their lives are revolving around his existence, ending in one of the most shocking finales for a TV character since they killed Radar on “MASH”.

With an incredible ensemble like the one that made up “Lost”, there is bound to be a handful of favorites. These are who STARZ Play would pick, but those new to the “Lost” world are free to come to their own conclusions.