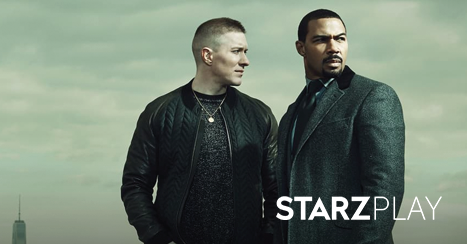 The episode STARZ PLAY viewers have been waiting for is almost here.

Audiences are on the edge of their seats, eager to find out what will happen in the season 4 finale of Power.

Looking Ahead to the ‘Power’ Season Finale The show tells the story of James “Ghost” St. Patrick, a successful nightclub owner in New York who is living a double life as a drug kingpin. So far this season, fans have seen Ghost wrongly go on trial for the murder of a federal agent, threats of a possible drug war, Tasha planning to divorce Ghost, and a member of the St. Patrick family murdered.

This is all leading up to what’s sure to be an exciting conclusion to the season. Here are two things viewers might see in the Power season finale.

At the end of episode 9, Tariq watches as Ray Ray kills Raina. Tariq had appeared to be turning his life around at his Connecticut prep school after a brief foray into the world of drugs and crime, which ended with a botched house robbery that Ray Ray was not happy about. Now viewers are wondering if Tariq will seek revenge for is sister’s murder.

Tommy is in a tough spot leading into the season finale. Dre and Cristobal are working against him, and set a drug shipment on fire. Tommy struggles to find the money to pay back the connections who already paid for their product (he finally gets the money from Ghost), while Dre and Cristobal try to turn the rest of Tommy’s team against him. Tommy believes the Jimenez are behind the fire and tells Dre that he’s going to kill them all. Viewers might see him put that plan into action.

Viewers Will Find Out Soon Enough

The season 4 finale of Power hits STARZ PLAY on Monday, August 28. Whatever happens, it’s sure to be exciting.

New STARZPLAY Shows and Movies to Watch in September