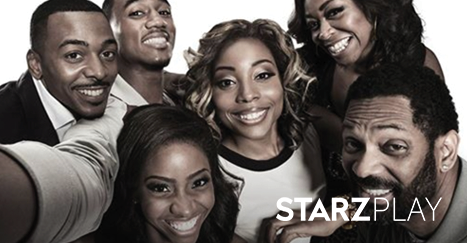 A basketball comedy that’s really not about basketball, Survivor’s Remorse returns to STARZ PLAY this month.

Viewers should get ready for a wild and entertaining fourth season.

Why Viewers Should Check Out Season 4 of ‘Survivor’s Remorse’ Survivor’s Remorse follows the story of Cam Calloway, a professional basketball player who brings his family to Atlanta after signing a lucrative contract.

Here are three reasons STARZ PLAY viewers will be cheering for season 4 to begin.

With more money comes more problems, and the Calloway family seems to have its share of drama. Among the twists in season 3 (there were a few), viewers learned M-Chuck was conceived during a gang rape, Reggie receives a surprise visit from his father, and Cam heads home to confront his past – and his father in prison. Viewers can expect some clarity surrounding these storylines, and a few more questions along the way, as more drama pops up for the family.

2. The Writing is Really Smart

One of the things that sets Survivor’s Remorse apart from the crowd is the show’s witty and smart writers. The show tackles hot button issues like race and the current president of the United States without directly mentioning these topics. Even though the show is a comedy at its heart, the writers can successfully bring the show to a deep and dark place when needed.

In the season 4 trailer, viewers get a glimpse at the first of what could be many celebrity guest stars for the new season. Rapper DJ Khaled makes an appearance as what appears to be a hospital lab technician. Remember, basketball superstar LeBron James is one of the show’s executive producers. If anyone can recruit celebrity guest stars, it’s King James.

Get Ready for the Show to Tip Off

Fans are ready, and viewers are eager to see what happens next. Season 4 of Survivor’s Remorse is now available on STARZ PLAY.