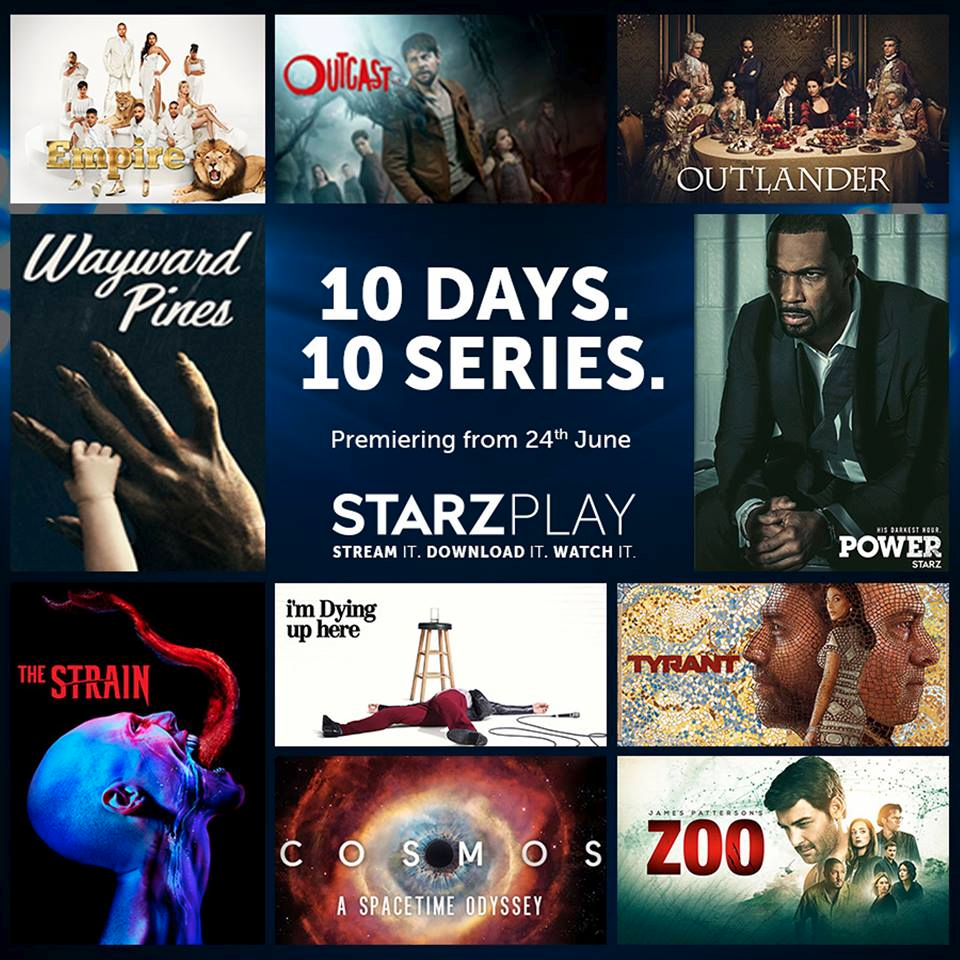 Things don’t get better than this! Starting June 24, we will be releasing a new show everyday on our platform. In addition to hotly anticipated premieres we will also be releasing entire new seasons of your favorite STARZ PLAY shows. Here’s what we have in store:

The gripping family drama about the cut throat world of hip hop show business returns for a second season. This time around family head honcho Lucious finds himself in prison while the rest of the family try to consolidate power.

Suffering from demonic possessions, a young man finds himself in the town of Rome looking for answers. This new horror series from the writers of the Walking Dead will surely keep your heart pounding.

This critically acclaimed mammoth of a crime show returns for a fourth season on STARZ PLAY. Power will be airing same time as the US with new episodes weekly. Ghost is no longer ahead of the game and finds himself in jail. Expect to see him betrayed by one of his closest allies as he tries to claw himself back to the top.

From horror mastermind M. Night Shyamalan, the second season of Wayward Pines will keep you heart pumping throughout the whole screening. Shortly after the horrific Abby attack, Wayward Pines is no longer the idyllic town it once was. The First Generation kids have taken control and the residents are rebelling against them.

Prepare to be dazzled and mesmerized by the power and vastness of the universe. Narrated by the one and only Neil deGrasse Tyson, this documentary series explores how we discovered the laws of nature and found our coordinates in space and time.

Welcome to the goofy quirky and surprisingly cut throat world of 1980s stand-up comedy. A group of outcasts try to make it big in show business in this Jim Carry executive produced show. The first 4 episodes will be released on the 29th of June with new episodes each week in tandem with their airing day in the USA.

Popular animal thriller Zoo returns for a third run season with new series to air every week. Last year, Zoo has been the summer’s second most-watched original scripted broadcast. The global thriller follows a wave of violent animal attacks against humans across the planet.

The romantic historical drama with a touch of science fiction return for a second season on STARZ PLAY.  Away from Scottish shores, we find Jaime and Claire trying to integrate with the extravagant high society in Paris to make new allies in order to stop the Jacobite rebellion back home.

The middle eastern drama about a western educated doctor that returns to inherit a Middle Eastern dictatorship from his father has fascinated our fans across MENA. The second season of this drama series begins with Bassam in prison following a failed coup against his brother Jamal.

The second season of this dramatic horror series begins with Eph and Nora attempting to create a biological weapon against the infected vampires, known as the strigoi, as the crisis spirals out of control.