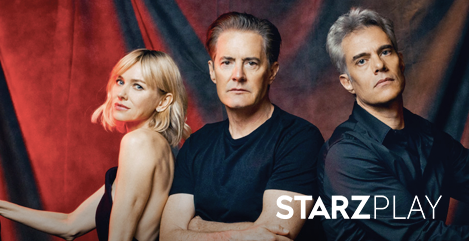 Viewers who got into Twin Peaks this summer are eagerly awaiting the season finale.

For STARZ PLAY audiences who have missed the show so far, now is the time to get on board.

Possible Plot Twists Ahead for the Twin Peaks Twin Peaks isn’t really a reboot, it’s more or less a continuation of the hit show of the same name from the 90s. This version picks up 25 years after the small town is shocked by the murder of its homecoming queen.

The murder drama all leads up to the two-hour season finale. Here are three things viewers could expect.

It seems the whole season has been setting up for Dale Cooper to finally confront his doppelganger. In episode 16, the Black Lodge man tells Dale the other one is still out there, presumably talking about the doppelganger. It appears viewers may be in for a showdown in the season finale.

Ok, this really isn’t a major stretch. After all, someone dies in every episode (and in gruesome fashion). But since this limited release series is going to end after the season finale, viewers shouldn’t be surprised if one of the main characters (maybe Dale Cooper during his confrontation with the doppelganger?) does not survive.

This has been a popular fan theory throughout the summer. The events of the season are just happening in the mind of Audrey, who might be insane and in a mental institution. The last scene of episode 16 featured Audrey standing alone in a white room staring into a mirror. So, there may be some credibility to this theory. It’ll sure play a big role in the finale.

In a show that’s been dark and seemingly getting darker as the season progressed, STARZ PLAY viewers should be ready for anything in the season finale of Twin Peaks.