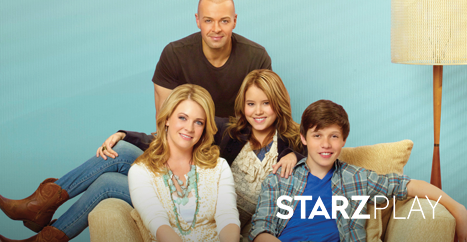 Former teen stars return in a comedy that’s a hit with audiences of all ages.

Reasons Audiences Should Watch Every Episode Melissa & Joey stars Melissa Joan Hart as a politician who is responsible for her niece and nephew after the kids’ parents ran into some legal trouble. She hires Joe (Joey Lawrence) to look after the children as their “manny.”

Here are three reasons why audiences young and old will want to binge watch this series.

1. Nostalgic for Adults, New for Kids

Adults who grew up watching primetime TV in the 90s will recognize former teen stars Melissa Joan Hart and Joey Lawrence from their various hit shows. Meanwhile, children who are just seeing these actors for the first time will quickly develop new favorites. Melissa & Joey provides a great opportunity for parents to share a common interest with their children.

2. The Stars are Producers and Directors

Melissa Joan Hart and Joey Lawrence are more than just the stars of the show. They both serve as executive producers and even each directed individual episodes. The stars both add a flair and style to the series that’s reminiscent of their popular shows from the 90s.

3. Fun for the Whole Family

Keeping with the tradition that worked for a handful of Melissa Joan Hart and Joey Lawrence shows, Melissa & Joey brings good clean fun and comedy that the whole family can enjoy. This is a series that viewers will feel comfortable watching with children, and the humor is simple enough that younger audiences will understand the jokes and storylines.

Make it a Melissa & Joey Night with the Family

Clear the calendar, order a pizza, and sit down on the couch with the kids and enjoy an evening of Melissa & Joey with the whole family!

Ready for Action? Check These 5 Movies Off Your Must-See List