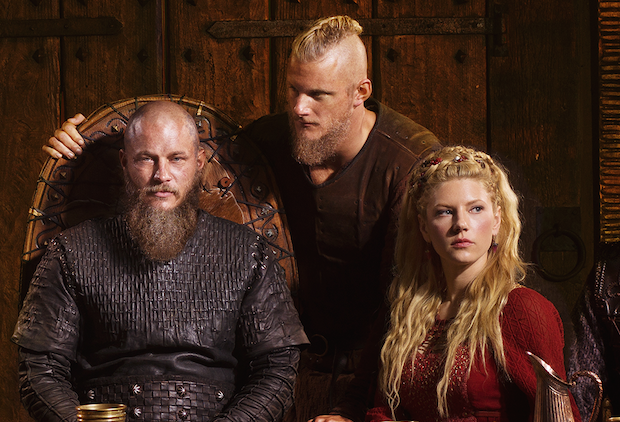 The epic drama series Vikings returns for a gripping fourth season on STARZPlay.com with the first episode coming out on Feb 19 with new episodes coming out every week.

If You’re New To Vikings

Vikings follows the voyages of the great viking Ragnar Lothbrok. Initially a farmer with a taste for adventure, he leads his band of warriors and his family to victory and eventually becomes the king of the viking tribes. Now he sets his eyes on England and France where more glory and adventure await him. His tales of conquest and his legendary feats have blurred the lines of reality and myth.

Following the extraordinary battle in Paris, Ragnar (Travis Fimmel) seized victory from the jaws of defeat – but still returns to Kattegat dangerously ill. Thoughts of his death galvanize the forces who seek to succeed him as king, including his wife Queen Aslaug (Alyssa Sutherland) and his oldest son, Bjorn (Alexander Ludwig). Meanwhile, Lagertha (Katheryn Winnick) continues power struggles with her calculating, former second in command, Kalf (Ben Robson); Rollo (Clive Standen) betrays his Vikings heritage by remaining in Frankia and Floki (Gustaf Skarsgård) is seized for his brutal actions to the Christian priest Athelstan.

Ragnar is a fierce viking that believes that his fate has already been written and lies beyond his homeland. He is fearless in battle and lusts for the glory of victory. Despite his war-like nature, he is curious about the world and seeks to learn more about it. He follows the viking ideals of honour and courage and pays respect to foes that also abide by these rules.

Clever and beautiful, Queen Aslaug is the daughter of the legendary dragon slayer Sigurd and the shield maiden Brunhilde. She is Ragnar’s second wife and the mother of his young children. She has prophetic power and is able to see into the future. By the end of the third season Aslaug and Ragnar’s relationship stars to strain as she endangers her children’s wife during Ragnar’s absense.

Bjorn is the son of Ragnar and Lagertha, he has taken in his fathers steps and has become a respected warrior. He displayed good leadership skills when he lead his father’s warriors into Paris. He has a deep respect for women after being raised by his strong shield maiden mother Lagertha.

Lagertha is a strong and respected shield maiden that can hold her own against foes bigger in size. She had a loving marriage with Ragnar that became strained when she was unable to birth him a third child. Despite the divorce, she followed her former husband into England in search of expanding the viking kingdom. She has since then remarried but has remained fiercely independent in protecting her family and the throne.

Older brother to Ragnar, Rollo is a fierce warrior skilled with using the axe. Despite Ragnar promising him that they will always be equals, Rollo has been conflicted and felt jealous over his brother’s fame and success. Their strained relationship has made his brother’s foes believe that he would be susceptible to betraying his brother. However with time, Rollo has made peace with himself and with his brother and is one of Ragnar’s most trusted allies.