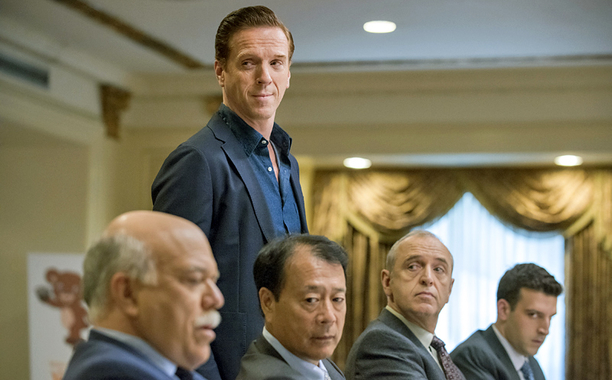 Episode 5 of Billions is now streaming on STARZPlay.com and like the episodes before it you can expect district attorney Chuck Rhoades and hedge fund billionaire Bobby Axelrod to use their power cunning to grow their influence and prepare for the inevitable day they butt horns with each other. Here are our 5 favourite moments from the last 4 episodes to get you in the Billions mood:

Chuck Rhoades is obsessed with being top dog and dishing out justice to those that break the law. So one morning, to Chuck’s delight, a dog walker didn’t pick up the poop  his dog left on the sidewalk. Chuck confronts the law breaker and using his intimidation as a district attorney makes the hapless man pick up the poop with his bare hands and dispose of it. The twinkle in Chuck’s eye is hard to miss and you can feel his ego inflate as the incident reminds him how much he enjoys his job.

Rockin Out With Metallica Bobby Axelrod is a billionaire and sometimes has to remind himself that he can indulge in making his childhood dreams come true. One private jet flight later, Bobby and his childhood best friends find themselves in Quebec ready watch a Metallica concert. The icing on the cake is that he actually gets to meet the band backstage and watch them rehearse. It’s a humbling moment for Bobby who’s always calling the shots to actually meet his idols and for once ask for advice himself.

A former nurse from a working class family, it was interesting to see how Lara Axelrod handled herself in the aggressive and competitive world of the rich. During a graduation event, one of the wives of Bobby’s deceased coworkers calls out Bobby for the way he took over the company after the rest of his co-workers perished. Under the guise of comforting the woman, Lara calmly and coldly threatens to destroy the woman if she steps out of line again.

Wendy Rhoades is the in-house performance coach for Bobby Axelrod’s hedge fund which means she makes sure Bobby’s ultra aggressive day traders are doing their best and making the company money. During one of her one-on-one therapy sessions, a day trader comes slump-shouldered to Wendy complaining about his failing performance. Like a football coach during halftime, Wendy delivers a riveting speech to the day treader and restores his sense of confidence in himself and his performance. 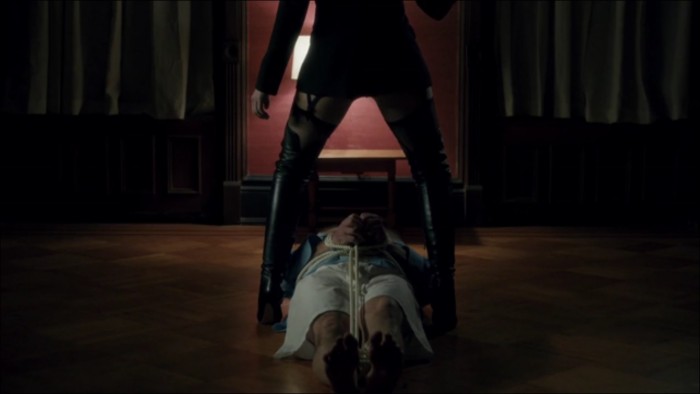 Chuck and Lara Rhoades are both ultra-aggressive and successful in their careers but being intoxicated by the fumes of power means that they have to blow steam every once in a while. In the memorable opening of Billions we find Chuck bound and prostate on the floor as a leather clad Lara stands over him smoking a cigarette. She leans in and extinguishes the cigarette in his chest. In a world where Chuck and Lara clash its interesting that behind closed door they assume the role of a submissive Chuck and a dominant Lara.