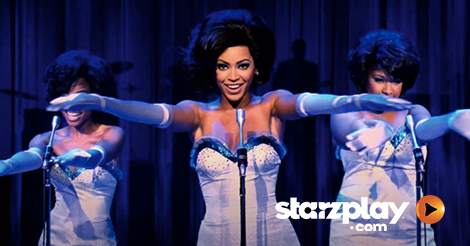 4 Movies That Have Some Amazing Dance Moves

Are you looking for something other than a drama or romantic comedy for your next movie night? From rock ‘n’ roll to hip-hop, these four films boast incredible soundtracks and some great dance moves:

In a tale of hip-hop street dancing, these kids make it hard to keep up. David (Omarion Grandberry) and Elgin (Marques Houston) must win a street dancing competition to fulfill their dream of opening a dance and recording studio. The film jumps and runs with the characters, trying to catch every impressive move.

Grooviest song: This film is full of incredible beats, but “Drop” is particularly irresistible. It helps cement You Got Served as one of the best dance movies ever.

In this fun, uplifting musical comedy, Kevin Bacon stars as Ren McCormick, a city kid thrust into small-town life. The town is ultra-conservative, going so far as to ban dancing and rock ‘n’ roll. McCormick leads the teenagers in a rebellion by bringing music and breaking into dance moves throughout the city.

Grooviest song: Despite the film’s stellar soundtrack, there is no competition for the catchiest, most happening song. The “Footloose” theme is incredibly memorable and uplifting. Start streaming Footloose today to brighten your spirits.

Young Frances “Baby” Houseman (Jennifer Grey) meets Johnny Castle (Patrick Swayze) in this 1960s take on the classic tale of Romeo and Juliet. Baby volunteers to fill in for another resort dancer for the floorshow and is paired with Johnny. Baby’s father disapproves, however, and does everything he can to drive them apart.

Grooviest song: The film’s soundtrack was a huge commercial success, and it started off strong by opening to “Be My Baby?” Perhaps the most iconic song from the film, however, is “Hungry Eyes,” by Eric Carmen. It features a slower beat and cooler vibe, but the movie would not be the same without it. Stream Dirty Dancing to find your favorite tune.

This film is a star-studded box office smash, featuring Jamie Foxx, Beyoncé, Eddie Murphy, Jennifer Hudson, and more. A trio of singers is thrust into the spotlight and begins churning out top hits. Fame comes at a cost, as the girls discover, but in the meantime their synchronized stage moves are eye-catching and spellbinding.

Grooviest song: Although this film packs some powerful ballads, one of the most dance-worthy numbers is the disco version of “One Night Only.” This track was performed and released separately as a club single, and listeners can’t help but move as the catchy tune and driving rhythms take over. Stream Dreamgirls on your next movie night for an unforgettable experience!