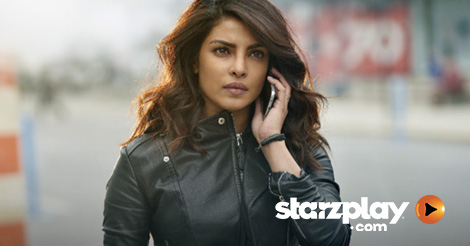 Chasing bad guys in high heels is just one of 34 year-old Priyanka Chopra’s talents. This former Miss World is now the star of ABC’s hit series “Quantico”, delighting fans every week with her stunning looks and sassy attitude. Yet there is a lot more to love about this talented actress. Priyanka Chopra’s character – Alex – on “Quantico” has been getting some great action secenes, which means more chasing after bad guys. To do this, and still be fashionable, she had to take a crash course in running in high heels. The actress attributes her success with this feat to her experience as a dancer, and the right type of shoe. According to Priyanka; “If you can find the right kind of ankle support, you can do anything in heels”. Priyanka uses her fame for good, supporting numerous causes near and dear to her heart. Not only was the actress appointed as a UNICEF Goodwill Ambassador for Child Rights in 2010, she passionately supports gender equality and the abolition of the gender pay gap. Ten percent of her total earnings is earmarked for her own foundation, “The Priyanka Chopra Foundation for Health and Education” which focuses on ensuring that underprivileged girls and boys have access to healthcare and education. In addition to her starring role in “Quantico”, Priyanka Chopra is a successful recording artist. Her first single “In My City” was released in 2012, receiving critical acclaim in her native India. This was followed by two more singles that made it onto the Billboard hot Dance Club Songs chart. The second, “Exotic” featured American rapper Pitbull, and was accompanied by a sexy video that gave glimpse of the stars hotter side.

Priyanka Chopra Has Not Forgotten Her Roots Despite being listed in the top ten of TV’s highest paid actresses list, Priyanka has not left her love for Bollywood behind. The former pageant star began her acting career in India, and admits that she prefers New York to Canada because it makes it easier for her to fly back home. This allows her to continue her acting career there, while still shooting episodes of “Quantico” in the United States.

“Quantico” has all the elements needed for great television, including an incredible leading lady. Priyanka Chopra is warm and intelligent, traits that are only emphasized by her on-screen persona, despite the tough-as-nails attitude.