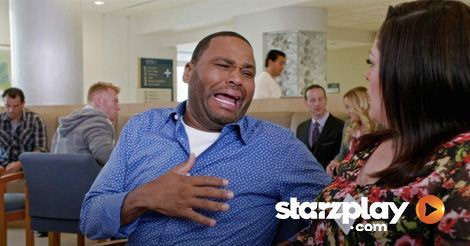 Season two of ABC’s hit comedy series “Black-ish” has been added to Starzplay.com! This season proved to be just as funny, relatable, and innovative as the first. In a comedy show that also tackles big issues on race and culture, “Black-ish” manages to remain funny while still teaching important lessons and giving a voice to the narrative of black people in America.

It’s difficult to pick, but here are the four best moments from “Black-ish” season two! The season two premiere made it clear that the show was ready to push boundaries and tackles uncomfortable topics. In this episode, young Jack drops the “N” word during a school talent show and faces expulsion. The rest of the episode centers around Dre trying to teach that it’s okay for his son and other black people to say the “N” word, but not anyone else. His wife, Bow, on the other hand, thinks it’s a horrible word that no one should use. This episode taught that the “N” word is a complicated topic when it comes to who should and shouldn’t be allowed to say it, all while still remaining the humor fans have grown to know and love from “Black-ish.”

Watching Ruby tell her grandchildren what kind of man she wanted to find through online dating was highly entertaining. Dre’s discomfort with the idea of his mother dating men was highly relatable, as the thought of anyone’s parents being intimate with someone is rather…unsettling. Fans also loved how direct Ruby was when it came to her romantic life, and how she wasn’t embarrassed to be doing online dating. Season two started out with heavy material in its first few episodes and then dialed back, but episode sixteen came back to tackle serious issues. In this episode, an intense conversation is held between the whole Johnson family regarding violence against black people in America and police brutality. The show revealed two different viewpoints; Dre’s being that his children need to realize the harsh reality of the world, and Bow’s being that they should be more hopeful to preserve their children’s innocence. This groundbreaking episode proved that comedy series can tackle serious issues while still staying true to their brand.

Anything With The Twins

Dre and Bow’s twin children Jack and Diana often steal the show with their strange quirks and quick humor. Their young age also makes their antics and witty comments even funnier.