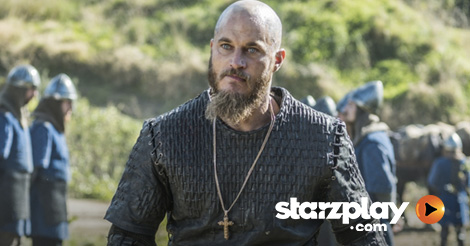 Since its debut on March 3rd of 2013, “Vikings” has quickly gained a cult following. Following the conquests and sagas of Viking Ragnar Lothbrok, the historical television series is seething with adventure and controversy. The second part of season 4 – dubbed 4B – will premiere on November 30th, exciting the desires of scalawags all over the world. History buffs and drama lovers alike have good reason to celebrate the “Vikings” invasion this winter:

Ragnar Is No Longer the Vikings Ruler At the end of season 3, it becomes evident that Ragnar is not well physically, or mentally. He continues on a downward spiral in the first half of season 4, and ultimately loses his position in the last episode “The Last Ship”. The episode ends with him returning to Kattegat, hated by all, and challenging his own sons to kill him if they desire to be king.

Who is Ragnar’s Son? In “The Last Ship” news is brought to the attention of Aslaug and Bjorn that Ragnar has a son named Magnus living in Wessex. Just who that son is, and what role he will have on the lives of the characters, might be revealed during this second part of season 4. “Vikings” has yet to fail on bringing in new characters to add excitement and intrigue to the drama series.

The Battle of the Queens Behind every Viking warrior there is an ambitious woman, manipulating the men from behind closed doors. In Ragnar’s case, there are two Viking queens, with a fierce rivalry. Judging from the final episodes of the first half of season four, viewers can expect more battles between the cunning Aslaug and seductive Lagertha. These are two women who don’t take any type of defeat lightly. Just because no one was a clear winner in the battle between Rollo and Ragnar doesn’t mean it is over. The revelation that Rollo killed the Viking leader’s best friend came as a shock, and there is no doubt that Ragnar is not going to let that matter rest until he feels that vengeance has been served justly. What that means for the fate of Rollo remains to be seen, hopefully in the final ten episodes of season four.

“Vikings” is a perfect combination of history and drama, played out brilliantly in this unique television series. Viewers who are new to the show may want to cram the first three and a half seasons into their TV queue now, in order to be ready for the battles to begin again on the 30th.