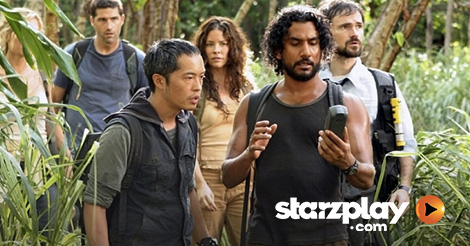 The last episode of “Lost” may have aired over 6 years ago, but the mystery surrounding those castaways is still intriguing. Whether someone has seen every episode a dozen times already, or thinking about taking that first journey, revisiting the island will always be an adventure. “Lost” consists of a huge ensemble cast, almost reminiscent of a daytime soap opera. Yet the viewer still manages to have intense feelings for each one – usually love to hate. Each character is full of flaws (who isn’t) so that it is like watching your own family struggle to interact at a holiday get-together. The idea of throwing a large group of strangers together on an island was not a new one – ala the unforgettable “Gilligan’s Island” – but “Lost” did it with way more panache. Rather than episodes full of half-baked attempts at getting off of the island, characters were thrust into the most unbelievable predicaments imaginable. The series relied very heavily on supernatural elements to keep the story rolling, and it worked wonders for creating compelling drama. “Lost” is much more than the struggle of a small group of plane crash survivors, it is a microcosm of our whole society. Everyone has felt lost at some point in their lives, and the show only validates this point – on a much larger scale. Each character – and their struggle – is believable, epitomizing the human side of the show even as they moved through alternative universes. It is a number of mysterious elements laced throughout all of the seasons that leave viewers of “Lost” captivated. What (or who) is the Smoke Monster? Why do the same series of numbers keep showing up? Who is that whispering in the jungle? These are just a few of the questions that keep viewers up at night, and binge-watching through six seasons of this epic show. The group of actors and actresses that lived on the island for six seasons were all top notch. “Lost” was nominated for a multitude of achievement awards during its run, many of which earned by the people portraying the quirky characters. In some cases, roles were created specifically for certain actors, further helping to drive the believability of the show.

There are few series in the history of television that garnered as much attention as “Lost” did. Even critics of the show have to admit it is one of the few “must-sees” for everyone.