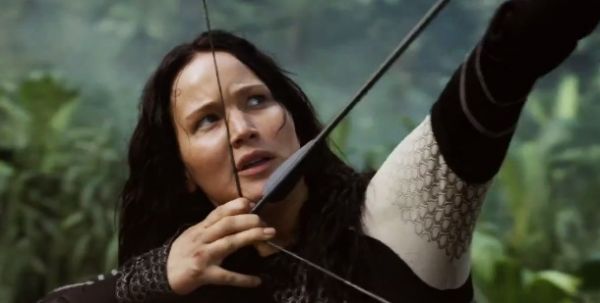 It’s pretty obvious that women are badass; they can do anything a man can and do it in heels, plus they give birth to babies. Unfortunately, women are all too often underappreciated, put down, and stereotyped in unflattering, demeaning ways. This is especially true in media, but thankfully there are some movies that get it right. Here are four badass movie women to look up to! This generation’s favorite heroine, Katniss Everdeen is the main character in the young adult fiction series The Hunger Games that has been turned into a movie franchise. Katniss is not a helpless damsel, as she’s been taking care of her family for years. She manages to survive two Hunger Games and take down a utilitarian government. Talk about a badass!

Granted, both groups of women in Death Proof are heavily sexualized, but this is forgivable when looking at how badass the second group of women is. In the end, they come out as victorious and defeat their perverted stalker. The most badass woman is probably Kim, who tells it like it is and shoots Kurt Russell’s character in the shoulder. The Tim Burton 2010 remake of this classic story puts a dark twist on Alice and her companions in Wonderland. In this movie, Alice is not a little blonde girl who cries for most of the film; this Alice has a swordfight with the Jabberwocky and completely burns the Victorian people in the real world with some major truth bombs and a badass monologue. This movie is already really cool on it’s own, seeing as the story centers on vampires and lycans that have to defeat the humans that want to destroy them, all while fighting each other too. The heroine of the Underworld franchise is the human-turned-vampire Selene, who has amazing fighting skills, is intelligent, and is very rebellious.