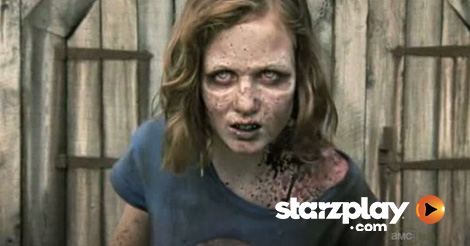 With a series as intense as “The Walking Dead”, picking 5 of the best moments is a daunting task. Twists and shocks are brilliantly laced through each episode, not only keeping you on the edge of your seat, but making it a nightmare to have to wait a week for the next one. After much deliberation, we were finally able to pinpoint five classic moments that epitomize the anxiety that each show creates:

Sophia Walks Out as a Walker One of the shows earliest deaths was also one of the most heart wrenching. Even as we held onto hope that Sophia was only lost somewhere, we feared the worst. Yet it was still shocking to see her walking out of the barn as a walker.

Merle Takes One for His Brother Admittedly, most viewers could have cared less about Merle’s fate. As characters go, he was truly a jerk. Yet sacrificing his own life to save his brothers was enough to make us forget how big of a jerk. That death combined with brother Daryl falling to his knees and sobbing is a moment that “The Walking Dead” viewers will never forget.

Rick’s Bite is as Bad as His Bark Rick is always muddled in controversy, whether he is being a good guy or basically losing his mind. Yet, nothing prepared us for the bite he takes out of Joe’s neck. That’s not the best moment though. What made it so memorable is Rick casually wiping the blood from his mouth when he was done.

Rick’s Hideout is a Tank It was not the refuge that made this Season 1 scene so memorable, but the hordes of walkers that were surrounding it. An aerial shot shows the tank literally dripping with walkers, while others were gathered on all sides. Meanwhile a scared Rick is holed up inside, plotting his eventual escape where he meets his newfound friend Glenn.

The Shot That Broke Our Hearts One of the hardest moments to watch was Carl shooting Lori to save her from becoming a walker. This, just moments after she is cut open by Maggie to deliver her baby. Making it worse (as if it could be) was the young Carl calmly leaving the room after ending his own mother’s life.

The fact that the majority of memorable scenes from “The Walking Dead” involve the death of a main character is a true testament to how far the writers are willing to go to create a compelling series. This is a show that will shock you over and over, no matter how many times you tune in to STARZ Play and watch it.