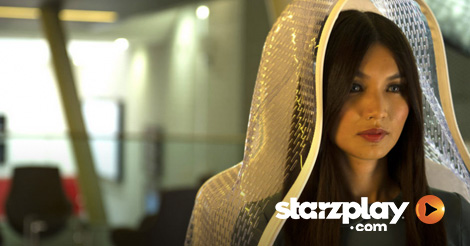 One of television’s biggest drama series in years is coming back for a second season, and it promises to be one that you won’t want to miss. If you’re not sure if you have the time to tune in to Season 2 of “Humans” on STARZ, here are 5 reasons that will change your mind:

The Season 1 finale left us all hanging When Karen and Elster’s kids finally succeeded in unlocking the secret that is the Synth consciousness, Niska deleted the code off of the laptop. The only copy (that we know of) was then stored onto a flash drive which Niska (supposedly) entrusted with Laura. You have to tune in to season 2 of “Humans” to find out if Laura has a fake copy, Niska has a fake copy, or if they both can now unlock those secrets.

Our favorite characters are all coming back The entire Hawkins family and all the Synths have been signed on for a second season. Even Will Tudor is coming back, despite the apparent “death” of his character Odi. William Hurt will not be brought back to the series, at least for now, although there is always a chance that he can reprise his Dr. George Millican role by becoming a “grief-bot.”

New characters are being brought into the fold Carrie-Anne Moss from “The Matrix” will play the role of Dr. Athena Morrow while “Prison Break”’s Marshall Allman becomes Milo Khoury, a billionaire from Silicon Valley. Khoury will recruit Morrow, an AI expert, to create a new type of machine consciousness. New Synths include Hester, played by Sonya Cassidy of “The Paradise.” A synth named Astrid also joins the mix, and will share an interesting connection with Niska. She is played by Bella Dayne of the highly popular “Plebs.” This time elapse has allowed the synths to become more integrated in the human world, all while we were busy going about our daily routines. They are described as being deeper in the culture, and no longer a novelty to have around. The acceptance of synths into society leads to debate about their rights. Interestingly, this puts Joe and Laura at odds, with Laura taking the synths side despite her husband’s previous affair with one.

While it has been hinted that “Humans” is only slated for a short run, there is plenty of drama to keep it going for years. Don’t miss out on your chance to see it unfold. Stream “Humans” episodes through STARZ Play and stay on top of every twist.