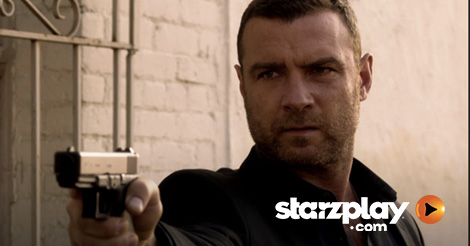 There is no denying it: Ray Donovan is a badass show. Donovan, played by Liev Schreiber, has a reputation that precedes him. He works behind the scenes as a self-described fixer, discreetly changing the story for pampered socialites in Los Angeles. Now beginning its fifth season, the series continues to demonstrate just how much of a badass Donovan really is. Here are five reasons Donovan stands out:

He Has a History

How did a South Boston thug wind up in LA? Donovan’s tough guy approach to fixing the problems of the elite involves much more than roughing up a few crooks. He is dark and violent, with a past that threatens to emerge thanks to the reappearance of his ex-convict father, Mickey (played by Jon Voight). Their interplay is incredible and often hard to watch.

Some people have a “resting bitch face,” but is it possible to have a “resting badass face?” Donovan is hardly fazed by anything and seemingly handles problems without blinking an eye. He does not always verbalize everything, often formulating a plan but keeping it to himself. This calm, cool sophistication is intimidating and keeps others at bay.

Despite having a messy marital life, Donovan lives for his family. Throughout the series, he is a huge advocate for his children and also takes care of his two troubled brothers. Despite his high level of constant stress, Donovan is incredibly nurturing toward and protective of his family.

Plays By His Own Rules

What is the best way to save a celebrity or business mogul from ruin? Donovan takes a different approach to every case, despite the consequences. From burning houses and drugging people to bribing a Navy SEAL in season three or murdering a priest in season one, he does whatever is necessary to protect his clients.

Fights His Own Demons

As tough and intimidating as Donovan is, many personal issues lurk beneath the surface. He makes celebrity problems disappear while dealing with his own inner demons, even as those issues begin to multiply through each episode. Although Donovan is a survivor who can hold his own, how long can he keep it together?

Liev Schreiber is a badass on his own, but the raw, witty writing of Ray Donovan takes things to another level. Donovan’s cleverness and cunning make the show a must-watch.