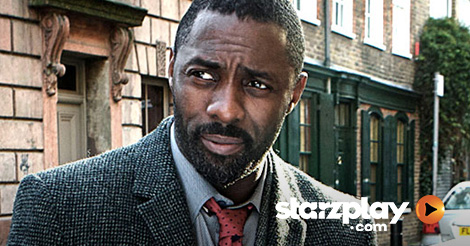 Are you ready for a different kind of crime show? John Luther (Idris Elba) is a genius that is somewhat self-destructive when it comes to hunting down criminals. His personality shifts between the two facets of his personality, complicating each case with his erratic behavior. Still, even as Luther’s personal problems bleed into his police work, something clicks and the criminal no longer stands a chance. Here are five reasons to start streaming Luther on STARZPlay: Most shows reveal the crime but not the criminal in the opening scenes, setting up a trail of breadcrumbs so detectives can determine who did it. In Luther, the criminal is almost always revealed right away. However, Luther must track down the criminal and figure out how to prove he or she was responsible. This spin on the typical crime drama keeps the audience engaged and gives the characters even more to play with. Luther is a BBC show, which means that almost anything goes in terms of formatting. The entire series is incredibly short, with whirlwind episodes that are incredibly intense. Part of this intensity comes from the heavy “b” storylines that stretch across multiple episodes. There are few repeated plot structures, giving the show an air of unpredictability. In addition, each character could be a killer or a victim, or even shift roles from one episode to the next.

Idris Elba makes Luther an incredibly strong character, bringing together genius tendencies and a tortured inner self to create one diehard detective. Elba has one Golden Globe as well as numerous Golden Globe, Primetime Emmy, and BAFTA TV Award nominations under his belt for the role.

The show is set in London, whose overcast skies and historic buildings create the perfect setting for detective work. Elba exercises his native British accent for the role, as the city plays host to a wide variety of criminals and temptations.

Music can make or break a show, but Luther’s soundtrack is just right for the captivating drama. The soundtrack includes Van Morrison, Sia, Radiohead, Marilyn Manson, and more. Meanwhile, the cinematography is stunning, with stirring establishing shots and unexpected angles used in each scene. The combination of sound and cinematography, not to mention the show’s writers and actors, makes Luther so worth streaming.