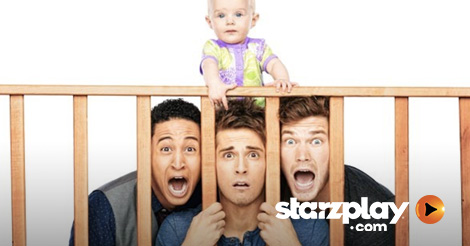 Some television series get more media attention than others, which means that quite a few hidden gems slip through the cracks. In case you missed them, here are five series to start streaming:

If you love hospital shows, how about watching one centered on the patients instead of the doctors? Red Band Society follows a group of teenagers who live in a pediatric ward. The strong cast, which includes Octavia Spencer and Dave Annable, gives each character the chance to shine. See how the group navigates their unusual daily lives, illnesses, and relationships.

Alyssa Milano leads this rich drama, which traces the lives of four women: Savannah, Josslyn, April, and Karen. Unlike many other shows with a similar structure, Mistresses strives to cover real relationships and events without overdoing any blatant drama. At the same time, however, there are plenty of scandalous plotlines to go around!

Ben Wheeler (Jean-Luc Bilodeau) becomes a dad overnight when his ex-girlfriend leaves their baby on his doorstep. The young bartender decides to raise the baby girl himself, but not without the help of his friends, roommates, and mother. Baby Daddy is a fun, light-hearted group comedy that is perfect to watch while unwinding.

Some sitcoms have dealt with blended and unconventional families, but The Fosters takes it to another level. A lesbian couple receives a new foster placement, teenager Callie Jacob, who assimilates into their home of biological kids, adoptees, and fellow foster children. Naturally, there are complications along the way as the family tackles complex relationships and life issues. However, the journey is well worth the watch.

Many television shows that are based on books are highly successful thanks to a strong plot and character development. Wayward Pines is no different, with a captivating storyline and great cast. Based on the book series by Blake Crouch, the shows follows a Secret Service Agent who disappears and is trapped in a small town with no way to contact his family. Start streaming it today to see if he can solve the mystery and find a way to escape.