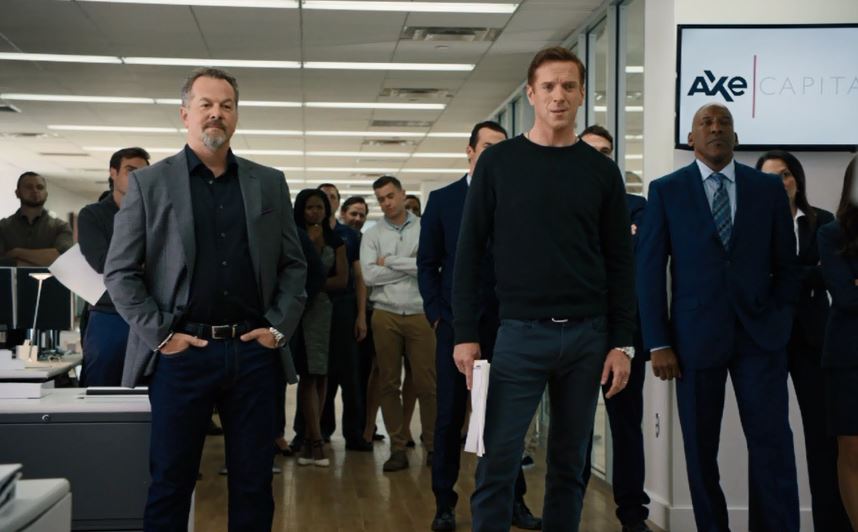 On the heels of delivering the biggest premiere week ever for the network, Showtime has picked up its new critically-acclaimed drama Billions for a second season. Billions had the best series debut performance ever for a Showtime original series with 6.5 million viewers, besting the series premiere of Ray Donovan by 7 percent. Starring Oscar nominee and Emmy and Golden Globe winner Paul Giamatti and Emmy and Golden Globe winner Damian Lewis, Billions can be streamed on STARZPlay.com same day as live episode airing in the United States.

Chuck sees himself as a sheriff going after the corrupt big-business crooks on Wall Street. Even though he is careful and calculating, Chuck is prone to outbursts if his pride or position as a just man is challenged. Despite going after wealthy law breakers, Chuck comes from a well-off family himself and it will be interesting to see how this plays into his dynamic in the future

Bobby is a competitive alpha male billionaire, he comes from blue collar roots and is damn proud of the money he made. Despite being rich from morally questionable source he is not necessarily a 100% of a bad guy. He is generous and loyal and an all around good family man. He’s also a tragic figure of sorts who became the sole survivor at his hedge fund after his fellow work partners died in the 9/11 terrorist attacks. Bobby has pledged to pay all of his fallen comrades’ kids’ college tuitions.

Wendy is as powerful as the titans she surrounds herself with. As Bobby’s in-house performance coach and Paul’s wife she finds herself in a precarious position between two men that will clash horns in the near future. Luckily she knows what these men need and that gives her an edge against both of them them. In addition to keeping the sharks in Bobby’s hedge fund firm at top performance shape, she still has a strong moral compass and believes in her husband.

Despite being married to a billionaire, Lara is a guy’s girl and proud of her working class roots. Bobby and her both came from humble roots and grew into one of the most powerful couple’s in New York. She’s a family woman who loves her husband and kids fiercely while also enjoying all the influence her new wealth has brought.