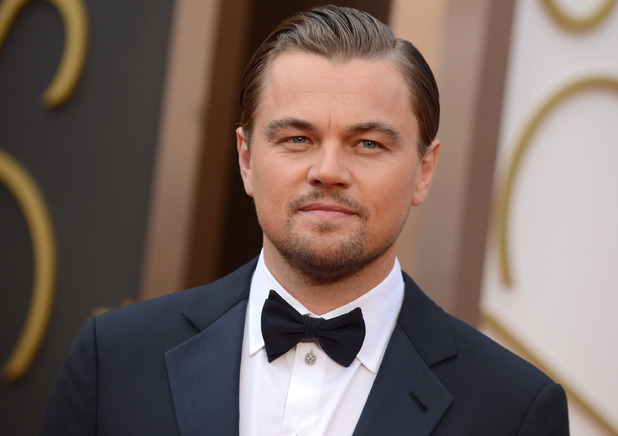 Academy Awards season is upon us and The Revenant has bagged 12 nominations this year including a nomination for Best Actor for Leonardo DiCaprio’s performance as legendary North American explorer Hugh Glass. Like any of his fans out there we’re already sitting on the edge of our seats and wondering if 2016 will finally be the year Leo will get his Oscar. Fingers crossed. In the meantime if you forgot how good of an actor Leo actually is, check out these five DiCaprio movies on STARZPlay.com to relive some of his greatest performances:

Catch Me if You Can tells the story of young con-man Frank Abagnale (played by Leo) who swindles millions of dollars by posing as a pilot, a doctor and finally a lawyer while committing check fraud. Hot on his heels are the FBI, who he always manages to stay one step ahead of by using his charm, boyish good looks and genius. The cleverness of this fast paced drama-comedy transforms Frank into a likeable persona despite his thieving ways while giving Leo a chance to play a multi-faceted character with their own hang-ups and complexes. Blood Diamond is a gripping powerful thriller set against the backdrop of a war-torn Sierra Leone. Playing a former Zimbabwean mercenary currently trading in conflict diamonds, DiCaprio’s character is initially portrayed as a cold-hearted criminal. However after his fate is entwined with an unfortunate fisherman (Djimon Honsou) whose family is threatened by the conflict, he slowly regains his humanity as he sees that there is more to life than profiting from the war.

A critically and commercially successful crime drama, The Departed is a game of chess between an undercover cop and a criminal that infiltrated the police as they try to identify each other. DiCaprio plays the young police officer in disguise that finds himself rising quickly in the gang ranks gaining friends and comrades along the way. Paired with Scorsese’s excellent directing, The Departed showcases DiCaprio in an intriguing role as a conflicted cop in a world of gangsters.

DiCaprio & Scorsese’s fourth collaboration, Shutter Island tells the story of an unsuccessful manhunt in a mysterious hospital for the criminally insane. Leo plays a mentally unstable US marshal that slowly discovers that the island harbours horrible secrets while questioning his own sanity and guilt. The film throws unpredictable pot twists while Leo guides us through a dark world full of mind games and mystery.

Inception is a mind-bending action film about infiltrating other people’s dream to extract information from them. Leonardo is Dom Cobb, a coveted thief with the skill to take secrets from the subconscious. After a dangerous career that broke his family, Dom now has the chance to redeem himself by completing one final dangerous job. A science fiction story of redemption, Inception is an exciting roller coaster mind through the subconscious that will capture your imagination and leave your heart racing.

Black Sails Season 3: Everything You Need to Know