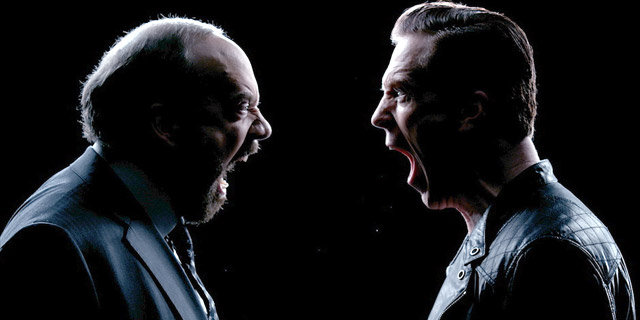 A good matador doesn’t kill a fresh bull. You wait until it gets stuck a few times. The matador in question is United States attorney Chuck Rhodes and his “toro” is billionaire hedge fund manager Bobby “The Axe” Axelrod. Billions sets up a game of chess between these two giants but things get complex quickly and soon it becomes hard to tell who is the bull and who is the matador. Its a game of masculinity as two men in their prime try to assert dominance over each other and maintain controls in their domains. Here’s the Billions Season 1 Episode1 recap which you can now watch on STARZP Play.com:

A story about a district attorney trying to down a supposedly corrupt billionaire would make any Wall Street wary viewer side against Bobby Axelrod before the story begins. However Billions quickly moves to establish that neither Chuck nor Bobby are simply good and evil. Billions kicks off with US Attorney Chuck bound and gagged on the floor as a dominatrix leans over him and extinguishes a cigarette butt on his chest. We quickly find out that Chuck’s atypical way to blow steam comes from a high-octane and demanding job prosecuting uber-rich white collar criminals.  Even though Chuck seams fearless in prosecuting whatever criminal is thrown his way he becomes cautious when a trail of indicting white-collar crime charges lead to hedge fund kingpin Bobby Axelrod. The clean shaven handsome Bobby seems to automatically disperse any negative baggage that comes from being a billionaire on the SEC and prosecutor office’s villain radar. We meet him at his favourite childhood hangout offering the pizzeria owner a 20 year lease in exchange for a token share in the business after hearing that shop may have to close down when the owner couldn’t keep up with the rent. While Bobby makes us live the dream of generously helping people we care about, we then find out that he is a tragic hero with baggage. Bobby is the only survivor at a hedge fund firm where everyone perished during the 9/11 attacks and he honours his deceased comrades by paying off all of their kids tuition funds. We then meet Lara, Bobby’s significant other, that sheds more light about their humble beginnings and how that piece of them is still lodged in them. Lara is particularly scrappy and drives the point about their working class roots home when she out right threatens one of the disgruntled widows for lashing out at Bobby.

Despite being urged by the SEC to strike at Bobby Axelrod, Chuck wants to keep his perfect prosecution record unblemished instead of risking going against a hedge fund manager in his prime. This carefulness leads us to think Chuck is more interested in the vanity of being right than dealing justice. This is further echoed when his wife Wendy question whether Chuck works for the public good or for himself. Wendy takes the Bobby and Chuck rivalry to a new level when its revealed that not only is she more successful than Chuck but also is one of Bobby’s closest allies and employees. Despite Wendy’s conflicting position, she can hold her own against Chuck, who feels she’s an obstacle in prosecuting Bobby, and follows her career path while trying to be supportive of her husband.

Billions is a testosterone laden trip as both Bobby and Chuck walk the line between restraint and dominance as they balance their duties with their own needs to be alpha males. Bobby acts like a calm and dangerous snake throwing veiled threats while delivering orders in two syllables or less like a mafioso boss. Chuck always looks like he’s on the edge of exploding while needing to prove himself top dog whenever he is challenged. Billions is sharp, the dialogue is expletive laden and heavy on metaphors and both men cut exciting and intimidating figures. Now we wait as this calm game of chess will slowly devolve into a chaotic brawl as tensions rise and patience grows shorter.