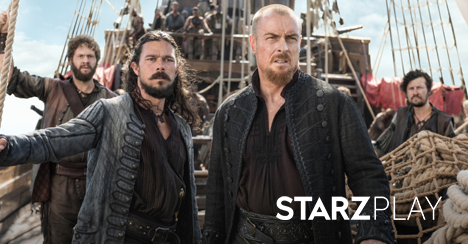 For viewers who have kept up with “Black Sails,” it is no small statement to say that Captain Flint has been through some tough times. In Season One, the formidable pirate captain stopped at nothing to find the Urca de Lima, including murdering those who opposed him or stood in his way. Flint has also lost two different lovers during the show, been stranded on an island, lost Nassau to the English, and a lot more. However, Season Four may have some hope (at first) for Captain Flint, since the show left off with him and his fellow pirates regaining Nassau from the English.

Here are predictions as to what to expect from Captain Flint, based on previous seasons. Flint has always sought revenge (or justice, depending on how one views it) for being exiled from the Royal Navy, as well as for the death of people he loved, Thomas Hamilton and Miranda. However, now that Flint and the rest of his pirate crew have regained Nassau, it’ll be interesting to see who Flint continues to hunt down and kill in the name of revenge. The actor who plays Flint has also gone on record to say that he’s not sure that Flint’s revenge-seeking will end in a traditionally “happy” way. The relationship between Flint and Silver has been a tumultuous one, but in Season Three, a friendship finally developed between the two pirates. Although there is still tension between them, simply because they’re both ruthless men, for the time being it seems that teamwork will continue to grow between the two pirate legends in Season Four. However, there is potential for a dramatic betrayal of some sort. For those familiar with history and the book “Treasure Island” (which “Black Sails” is a prequel to) fans can guess how the show will end for many of the pirates. For one thing, Blackbeard will definitely die, and Silver will go on to become the legendary Captain Long John Silver. As for Flint, however, the show has some creative leniency. In the book, “Treasure Island” it’s never stated outright whether Flint is dead or not. Looking at past seasons, however, it’s likely that Flint’s ending will involve his demise.