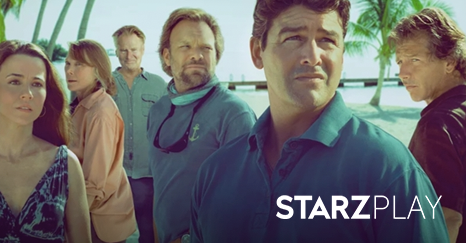 Bloodline Returns to STARZPLAY for Its Final Season

Bloodline has been hailed as the best Netflix original series produced to date. The three seasons follow the Rayburn clan, who are as dysfunctional as a family can get. Sign up for STARZ Play and join the Rayburn family for their final season.

Who are the Rayburns? The dysfunction with the Rayburn clan began when the children were teens. As it is explained in the first season, Danny took his younger sister, Sarah, out in a boat. While enjoying themselves, Sarah dropped her favorite necklace into the water. In an attempt to retrieve it, she drowned.

Since then, Danny’s family has blamed him for Sarah’s death. Danny has remained troubled because of the guilt.

He tries to show his family that he can be a valuable asset, but mayhem ensues, and Danny’s life is lost when he is murdered by his older brother.

The siblings cover up the murder and try to move on, but that’s hard to do when people have blood on their hands and can’t trust each other.

What to Look Forward to During the Final Season of Bloodline

The final season of Bloodline is highly anticipated. Here’s what to expect.

Besides the writing, the best thing about Bloodline is the acting. The producers have put together an incredible group of actors who’ve given everything they have to the characters of the Rayburn family. Since this is the last season, viewers can expect the actors to be on top of their game.

Being that this is the central theme, viewers can expect even more dysfunction in the final season. Trust is lost between the siblings, and Eric might be put in prison for a crime he didn’t commit. Will the series end with a silver lining? Viewers will have to wait and see!

The amazing thing about Bloodline is that, despite being a show mostly about family dysfunction, it’s incredibly suspenseful. Most viewers are on the edge of their seat, including writer Stephanie Haenn, who has a hard time watching more than two episodes at a time. Haenn says that even when she’s not watching the show, she’s thinking about it because it is so incredibly suspenseful.

One of the best things about being able to stream movies and TV shows is the fact that viewers have so many options to choose from. With STARZ Play, viewers get hundreds of titles in one place.

Another perk of a service like STARZ Play is that viewers can watch all they want each month for one low price. Viewers don’t have to spend a fortune renting or buying a season box set of their favorite show for an exorbitant price, nor do they have to worry about late fees.

Life is easier and way more entertaining for those who sign up for STARZ Play.