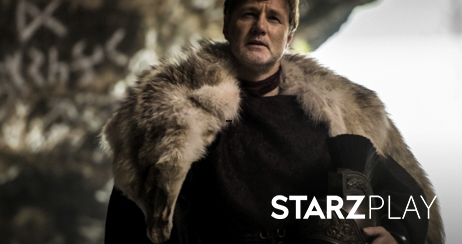 No, it isn’t the critically acclaimed Game of Thrones, but the whimsical all-new TV series, Britannia.

It is set in the 43AD ancient England at a time when the whole country is immersed in mysticism, split into tribes, and invaded by the ruthless Romans.

Starring Kelly Reilly and David Morrissey, this new show is set to premiere in January 2018, and it’ll be available on STARZ PLAY. Since Game of Thrones is coming to an end, this may be the perfect replacement.

Here’s what to expect from Britannia:

Aulus (David Morrissey) is a brave and merciless commander who is tasked with the job of uniting his nation to fight off the Roman forces. He is brutal and will not think twice about crucifying captured enemies.

Kerra (Kelly Reilly) is the princess of the land and doesn’t listen to any man, even her father. She is handy with weapons and very opportunistic as she takes advantage of the warring situation in the nation.

Queen Antedia (Wanamaker Zoe) is on a mission to avenge her son’s misery after he was castrated by Kerra on their disastrous wedding night. This frantic Queen will do anything to get her hands on Kerra, even if it means colluding with the Romans.

Veran (Mackenzie Crook) is a psychotic druid who creates hallucinogenic potions to brainwash his enemies. People believe he and many other druids have been to the “other side” of the world and converse with the dead.

You can’t miss on this thrilling, historic TV series. Make sure you catch all the action and drama on STARZ PLAY this January.