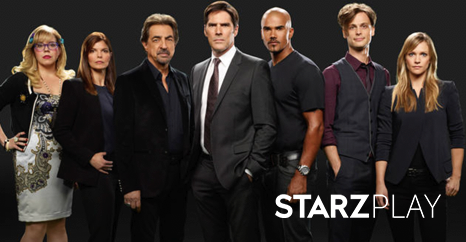 Criminal Minds on STARZPLAY: A Decade of Seasons from Best to Worst

The television series Criminal Minds has captivated audiences for over a decade now. The show follows the puzzling cases of the Behavioral Analysis Unit (BAU) of the FBI. These elite and experienced profilers analyze the most dangerous criminals and try to stop evil in its tracks.

STARZ Play is excited to announce that Criminal Minds is now airing for those diehard fans who can’t get enough of Hotch, Garcia, and the rest of the team. To celebrate, we ranked the best to worst seasons as well as memorable moments that truly make the show what it is – an edge-of-your-seat crime drama.

Serial killers are abound in this best season of the series, and the whole team heads to Alaska to catch the bad guy before the locals get their chance.

The team works to unravel clues in the case of a missing child, a series of Florida murders, and disappearing homeless individuals. Just who is the serial killer, and can the team find the person even though his or her profile is not quite clear?

Reid and Prentiss go undercover, and a serial killer challenges the team to find the individuals who are hidden – before they all die. From Arizona to Texas to Utah to Kansas, the team continues to hunt murderers and kidnappings, including that of JJ. Some truths are uncovered about team members’ pasts.

Prentiss is gone, and JJ comes back to fill the empty spot. Throughout this season, viewers get to know a more personal side of each team member.

Inmates are tracked, a surgeon masters the art of needless amputations, and Reid deals with a difficult loss.

Memorable moment: Getting to know the FBI team.

As the series starts out, viewers get to know the team and follow them on their first adventures into finding missing individuals, advocating for victims, and stopping bad guys in their tracks. The team has to go on without a member of their own, and Rossi goes back over a case that he’s been thinking about for over two decades.

The season opens with several investigations into murders, but this 10th season fails to take off as fast as those before it. Maybe it’s because glimpses into their personal lives are not as revealing, but this ranks as the one of the less popular during the show’s first decade on the air.

Friends: Your Favorite Seasons from Worst to Best