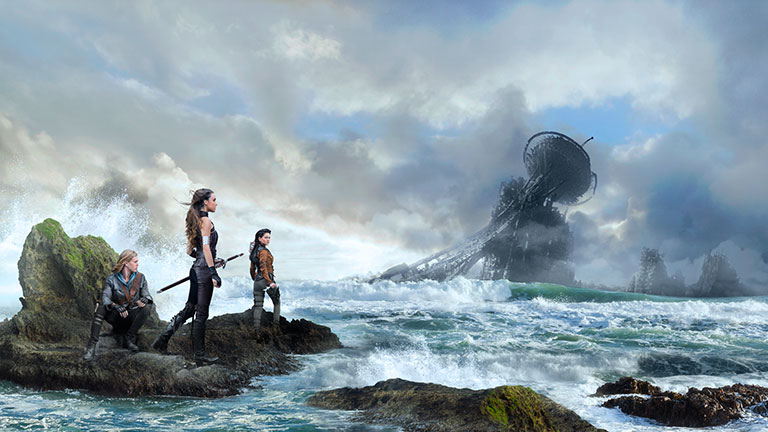 Only 2 more days till the premiere of The Shannara Chronicles, exclusively on STARZPlay.com and while it would be great if we could read the 26-volume book series by Terry Brooks that the show is based on, we just don’t have the time! So, this is what you need to know about the epic quest to save the world.

What is it about?

The Shannara Chronicles tells the epic story of an Elvin princess tasked with stopping the end of the world. Created and Executive Produced by Alfred Gough and Miles Millar (Smallville) and Executive Produced by Jon Favreau (Iron Man), and shot against the epic landscapes of New Zealand, the 10-­episode first season of The Shannara Chronicles premieres Wednesday, January 6, exclusively on STARZPlay.com

Why is the world ending?

At the dawn of time, the Earth was inhabited by creatures who wielded magic. The Elves used their magic to care for the Earth, while others used theirs to dominate and destroy, becoming Demons. When the Demons tried to eradicate the Elves, the Elves banished the Demons into a supernatural prison upheld by a magical tree known as the Ellcrys. As long as the Ellcrys lived, the Demons would remain locked away.

Thousands of years later, the Elves found themselves outnumbered by the burgeoning human race and went into hiding. Millennia passed while man and science ruled. The Elves and their magic remained concealed, as memories of their existence became nothing more than fairy tales. And through it all, the Ellcrys stood strong. In the middle of the 21st Century, human civilization self-­destructed. The Great Wars that followed ended in nuclear and chemical annihilation. The Shannara Chronicles takes takes place thousands of years after this event.

Who are the main characters? Wil is a young man struggling to find his place in the world. Half-­Elf and half-­Human, he’s felt the sting of prejudice all his life. Desperate to escape his small rural village, Wil learns that he is the last surviving member of the Shannara bloodline, a family that is able to wield a timeless and powerful magic. Initially, Wil rejects his newfound heritage, hoping to become a healer. However, he is soon plunged into a life-­or-­death quest that will require him to overcome his fears and unlock his true magical power. Amberle is a princess and, unlike Wil, she’s a pure Elf. Orphaned as a child, she is strong-­ willed, passionate, smart and determined to make a mark beyond her royal lineage. She’s led a sheltered life inside the confines of her grandfather’s Elvin palace. After defiantly becoming the first female member of The Chosen, a sacred sect dedicated to protecting the Ellcrys, Amberle’s life changes forever when the Ellcrys starts showing her horrific visions of the future, propelling her into a harrowing journey to save the world. Allanon is the last of the Druids, an ancient order of protectors whose members could live for centuries and bend magic to their will. As the Ellcrys begins to die, releasing a Demon army hellbent on destroying the world, Allanon is called to action and tasked with putting together an alliance of unlikely heroes. As the only person who understands the ultimate threat the Demons pose, he knows that his magic alone is not enough to save the world. Raised in a den of thieves, Eretria has been forced to use her instincts to survive. As a member of a travelling clan of humans known as Rovers, she’s become an expert in pickpocketing, sleight of hand and other criminal pursuits. Her life has been hard and to protect herself, Eretria has emotionally closed off and is unable to trust easily. Initially seeing Wil and Amberle’s quest as a means of escape, she soon realizes that joining their journey may be part of her destiny.

Stream The Shannara Chronicles EXCLUSIVELY on STARZPlay.com Wednesdays at the same time as the U.S.