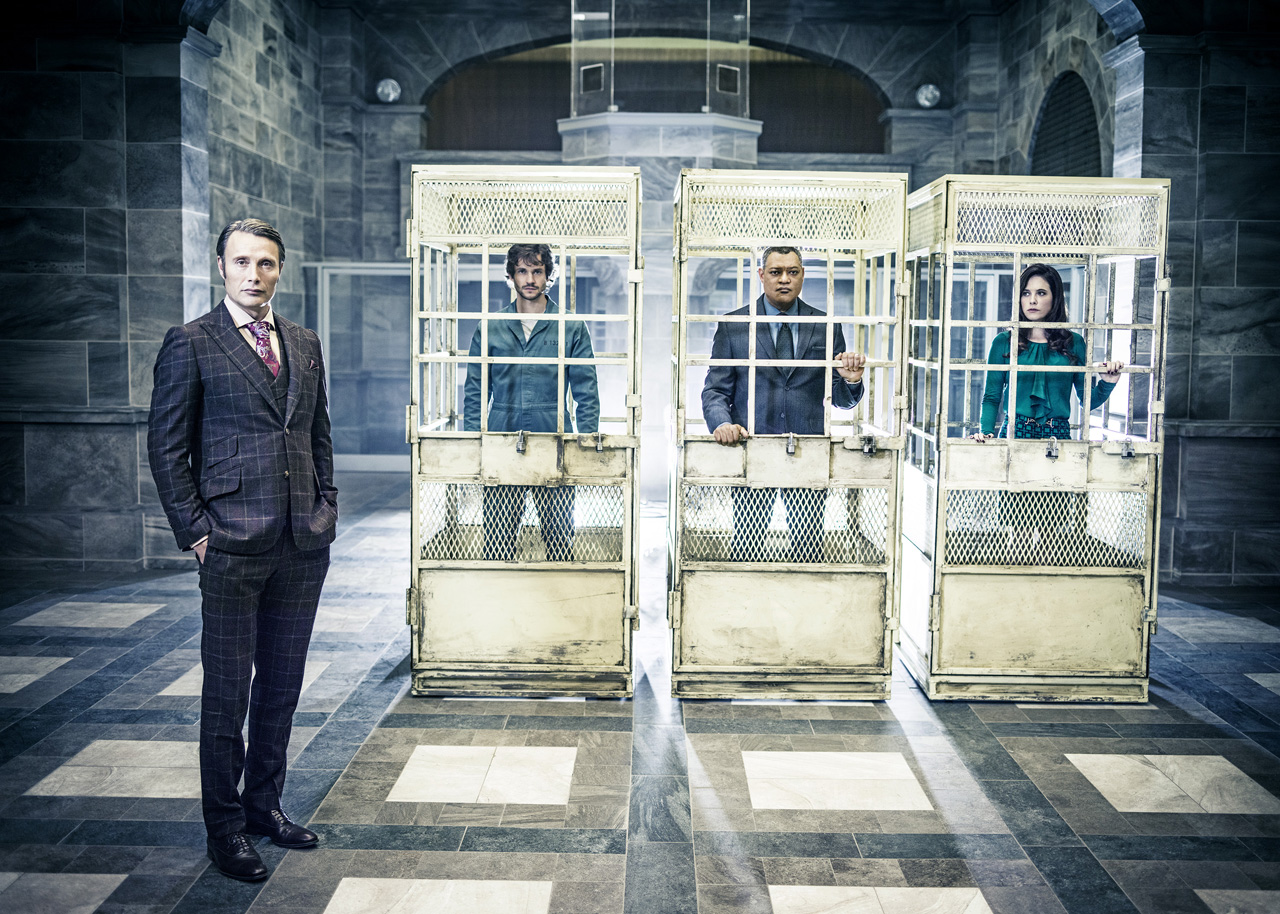 Descend further into madness with Hannibal Season 2. Bryan Fuller’s incredible, terrifying and haunting world returns with a sense of visual intelligence while carrying the dark moral message from the first season: When you face a monster, is it a sin to go on once you start becoming a monster too?

The first season was an appetizer for the macabre world of Hannibal. In a murder mystery plot format not far-removed from CSI or NCIS, FBI Special Agent Will Graham (Hugh Dancy) finds himself investigating a roster of serial killers each with their own obsessions and modus operandi. Assisting him is closeted cannibal and serial killer Dr. Hannibal Lecter (Mads Mikkelsen), a forensic scientist destined to become Graham’s most dangerous arch-nemesis. Graham is also guided by FBI Special Agent in Charge Jack Crawford (Laurence Fishburne) who whisked Graham from his job as an instructor to investigate only the most gruesome of murders.

The mortifying but beautiful shots of mutilated cadavers guide us into the demonic world inhabited by Lecter and Graham. These experiences take a collective toll on the already anti-social Graham who shares the unenviable gift of empathising with and thinking like a serial killer. Meanwhile Lecter spends the first season toying with Graham’s already feeble mental frame while indulging in his polite savagery of killing and preparing victims into culinary delights. Lecter finally manages to frame the unstable Graham for a string of murders, which lands Graham in an institute for the criminally insane.

After ending the first season with a grim cliffhanger, the second season starts off with unrestrained action. A frenzied pace is set as we land smack dab into a brutal brawl between Dr. Lecter and Will’s ally Jack Crawford. The brawl is masterfully shot with well-choreographed action and jarring scenes of flesh wounds and concussion inducing violence. Crawford manages to hold his own against the knife-wielding Dr. Lecter while the bewildered viewer is left to wonder what madness happened between the two seasons for this fight to culminate. Suddenly the scene cuts to black, and the words “twelve weeks earlier” appear on-screen. The flash-forward fight scene sets the tone for the rest of the season and the viewers are left with a taste of the violence and unnerving tension to come.

In a drastic change of circumstances, the cut to black is followed up with Hannibal preparing dinner for none other than Special Agent Crawford showing how things will drastically take a turn for the worse as the season progresses. The calm dinner scene also sets up an important question that will be answered throughout the season: “What will happen to Will Graham?” The imprisoned special agent isn’t one to give up easily and is not afraid to point the finger at Dr. Lecter as the mastermind behind his imprisonment. He refuses to speak to doctors at the mental institution and instead strives to meet Dr. Lecter who he believes he can extract the truth from Dr. Lecter that will clear his name.

Stylish, beautiful and creepy, Season 2 of Hannibal returns with a great cast and dives deeper into a world where spilling blood and arranging limbs is an art form as much as an unspeakable horror. Stream the critically acclaimed second season on STARZplay.com and dig deeper into a world of horror and beauty.