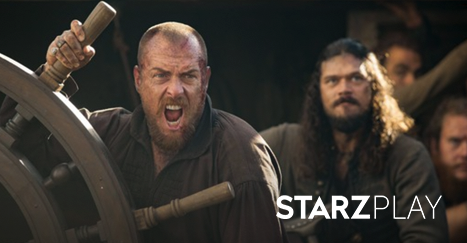 The STARZ original series about fictional and factual pirates during the golden age of piracy is coming to a dramatic close with the season four finale. The series has been wildly popular, but alas, all good things must come to an end. In preparation for the finale on April 2nd, here are a few predictions about how the conclusion to Black Sails will go down. It’s pretty much expected that a lot of characters are going to die in the series finale, and for people who get emotionally attached to fictional characters, this is going to be a gut-wrenching episode. The show has amazing writing and acting, and after four seasons it’s highly unlikely fans don’t have a favorite character. Also, since history tells us that piracy does indeed end, the series finale will give us the death of piracy. However, at least one pirate will likely get away. If the writers of Black Sails decide to stay true to the story they are acting as a prequel too, Long John Silver will survive to begin his next adventure. For those who are unaware, Black Sails is loosely based on Treasure Island, the classic novel by Robert Louis Stevenson. In Treasure Island, we know that Long John Silver goes on a hunt for Flint’s buried treasure. So perhaps the finale will end with Silver obtaining a map or other clue to that treasure. Maybe this is more of a hope than a prediction, but it’s not out of the realm of possibility that Flint’s love will return. After all, Flint has had an incredibly rough season, and since a lot of characters are likely to die it’d be nice to have this one glimmer of a happy ending. Madi has proved to be a total badass this season and managed to stay calm even after being abducted by Rogers in episode nine. Although Madi and Silver are lovers, Madi was willing to let him die in order to stay true to her convictions. As much as we hope she’ll stay that way, we predict that Madi will end up marrying Silver and become much more domesticated. For a woman who is such a strong leader, this fate is just as bad as death. Once again, if the show creates any kind of true setup for Treasure Island, then Billy will be one of few pirates that escape death. In episode nine, Billy hesitated when he was going to shoot Ben, which signals an important plot point. It’s likely that Ben will be marooned, and Billy and a few other pirates will separate from Flint to become their own crew—maybe because Flint dies. It’s pretty clear that there is no possible reconciliation between Flint and Silver after the bloody battle they just had in episode nine, but maybe they’ll work together one final time in the season finale.