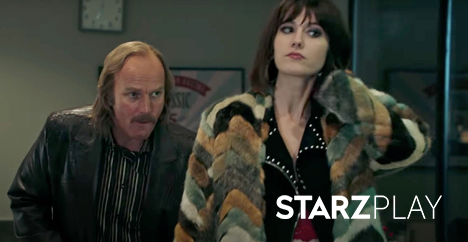 The popular crime anthology series Fargo is returning with its third season, and fans are on the edge of their seats waiting for the premiere.

STARZ PLAY is excited to announce that the new season will be added to the database for everyone to enjoy.

Fargo is based on the 1990s movie of the same name, and each season features a new decade, cast, characters, and storyline. However, each season always links back to the original movie in some way. Here’s what to expect in the newest season of Fargo. This season will take place in 2010, which is the most modern era the show has taken place in so far. Fans can expect to see more technology including things like cell phone use.

It’s quite possible that this season will focus a bit more on how technology is affecting people’s lives, particularly how it can isolate us and make us more apathetic. Ironically, technology is supposed to make us more connected—so it’s likely that Fargo will explore this.

Season three of Fargo will have a smaller cast than its first two seasons, featuring just 11 main characters. There will also be a few recurring characters, even though it is an anthology series. Since there is a smaller cast, fans can expect to get deeper, more intimate story lines from each character.

Ties to the Past

Most notably, Ewan McGregor will be playing two characters on Fargo. McGregor will plays two brothers: one who is handsome and successful and the other who is pretty much the opposite. Fans can expect to be wowed by McGregor’s ability to play two different characters within the same show. From the season synopsis, it seems as though family will be a large theme in Fargo this time around. This season’s storyline will focus on estranged brothers Emmit and Ray Stussy, and how their actions create a complicated and dangerous chain of events. Also, Carrie Coon will be playing Chief Gloria Burgle, the leading lady of this season. Burgle is a recently divorced mother and is trying to figure out how to navigate her new life while solving crimes.

In keeping with the Fargo style that fans have come to know and love, season three will still have that weirdly twisted but hilarious humor to it.

This season definitely looks dark and violent, but there will be plenty of good laughs as well. The dry humor, Minnesota accents, and ridiculous one-liners are all key components in the dark humor that make Fargo so iconic.