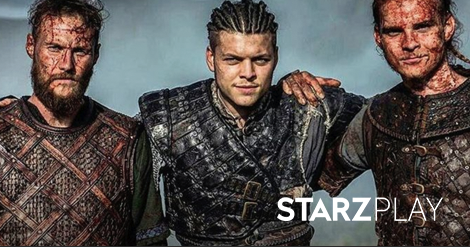 “Vikings” recently completed a dramatic fourth season, and is set to release a fifth season in late 2017. The show has always been dramatic, gritty, and full of epic battle scenes. In the Season Four finale, Ivar killed one of his brothers during an argument as all of Ragnar’s sons tried to figure out whether they should split up to pursue their different goals. As dramatic as that was, the series creator has declared that Season Five will be the most intense yet.

Here are four developments to expect in Season Five of “Vikings.” Ragnar’s sons were already facing a lot of tension with each other, and now that Ivar has killed Sigurd, it’s likely that a war will break out between the remaining brothers. It’ll be interesting to see which brothers team up, and which do not, as they battle for leadership. Sure, Ivar has a bone disease that makes him unable to walk, but he is still a fierce warrior and incredibly smart strategist. Ivar is also coldblooded and ruthless, all coupled with the fact that he is one of Ragnar’s sons. Ragnar has always been the most fearsome Viking, but now that he’s gone, will Ivar take that title and the throne in Season Five? Lagertha has always been a fan favorite; after all, she’s a total tough chick and is as strong a warrior as any man. In Season Five, Lagertha may overthrow King Harald and become the ruler of Norway. With the death of one of the show’s biggest characters (and arguably the main character), this opens up space for the show’s creators to write in new characters. Although there is plenty of drama to go around between Ragnar’s sons and Lagertha’s storyline, Season Five would also be a great time to bring in a major new character.